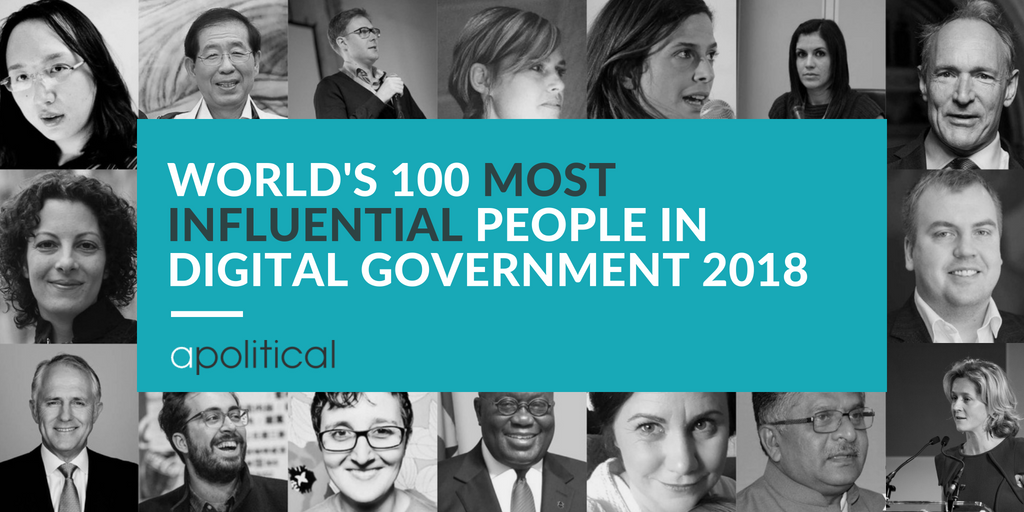 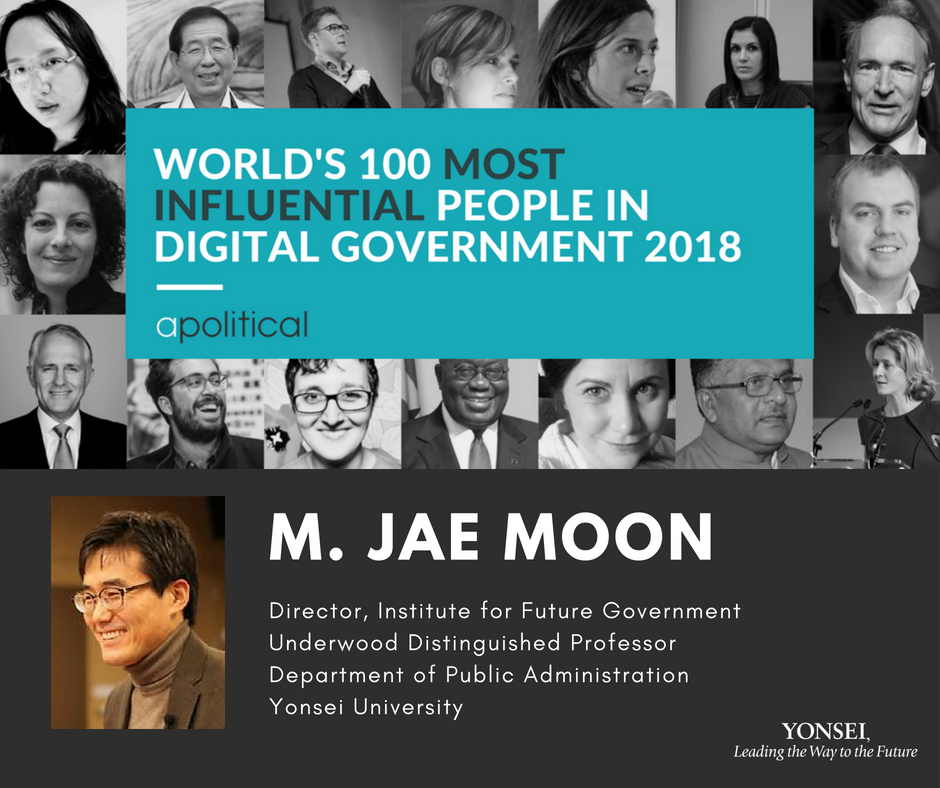 M. Jae Moon, Professor of Public Administration and Director of the Institute for Future Government at Yonsei University, was selected as the world’s 100 Most Influential People in Digital Government for 2018. The only other South Koreans on the list are Park Won Soon, Mayor of Seoul, and Kim Boo-kyum, Korean Minister of Interior and Safety.

Professor Moon was selected under the Academia category for his extensive research on public service reform and contribution to global consulting and education initiatives on e-governance. His publication on the evolution of e-governance is the most widely cited paper on e-government in the social sciences, receiving about 2,200 Google Scholar citations. In addition to his academic work, he has worked on various training and projects for international organizations such as the Asian Development Bank.

Announced by Apolitical - a global policy platform for governments - to show the full international spread of innovative work in the field, the inaugural list was curated from nominations from hundreds of digital government experts from national governments, international organizations, academia and business, including 14 national digital services, the OECD, the UN, Future Cities Catapult, the Open Government Partnership, and USAID.