Research published online in Nature Materials on 28th January 2021, and in print in July 2021 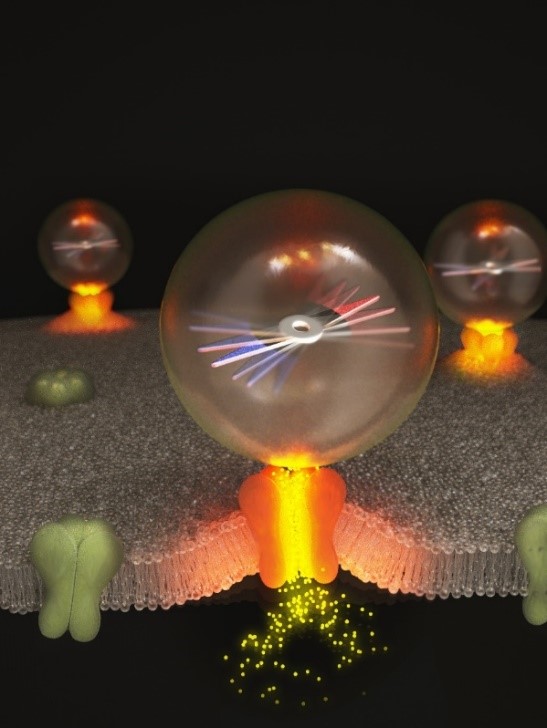 m-Torquer is a magnetic toolkit that can be used for neuromodulation in living animals, up to a milestone distance of 70 cm. Yonsei University researchers, who devised m-Torquer, believe that it’ll revolutionize medicine and biological research.

Pop culture has been rife with characters that can manipulate magnetic fields, like X-Men’s Magneto. However, using magnetic fields to modulate cellular processes isn’t just an abstract concept: it’s well-researched today, and given its potential applications, researchers at Yonsei University and Institute for Basic Science Center for Nanomedicine (IBS CNM) have now developed a magnetic toolkit that can operate in a living being.

The group led by Prof. Jinwoo Cheon, has, after meticulous research, devised m-Torquer – a nanocompass that functions as a magnetoreceptor. Their methods have been described in a study published in Nature Materials in July 2021.

Genetic engineering of neurons enables them to respond to a variety of physical stimuli such as light, heat, or ultrasound. Applying these stimuli could alter our neural (and consequently, brain) activity, through a process called neuromodulation. So, what makes m-Torquer special?

m-Torquer, which has been developed using principles of magnetic stimulation as well as genetic engineering, can penetrate deeper than other forms of physical stimuli, including light. Cheon tells us, “The m-Torquer’s penetration is almost comparable to that of an MRI machine ̶ this device operates across 70 cm and can deliver a magnetic field to any part of the body. Its penetrative power enables it to be less invasive as well, which means it can be used to treat deep brain disorders like Parkinson’s disease.”

Not just the brain, m-Torquer has the potential to be used as a therapeutic platform for other difficult-to-reach or inoperable organs as well. It also has potential research applications because it could be used as a probe. Cheon enthusiastically states, “The m-Torquer can be used to address fundamental questions in biology related to sensory reception, tissue development, and cancer progression.”

Interestingly, the team got their inspiration for m-Torquer from nature and biology itself. They drew from a hypothesis that explains how birds and fishes utilize the Earth's magnetic field to aid their migration. This process, known as magnetoreception, might be due to the conversion of magnetomechanical forces into biological signals.

Overall, the m-Torquer holds promise as a nanomagnetogenetics tool that can control neural activity through magnetic fields in a wireless and remote manner and could aid in advancing medicine and biological research.