Shedding Light on the Origin of Galaxies

Galaxies are the most complicated stellar objects in the universe, consisting of more than 100 billion stars like the sun. Spiral galaxies, which account for more than 70% of the galaxies in the local universe, including the Milky Way (MW), consist of two main parts with different distinct forms: a thin disk with spiral arms and a spheroid. In particular, the disk structure is the most distinct morphological characteristic of galaxies.

There have been several scenarios regarding the origin of spiral galaxies, including the MW, but none has yet clearly explained their formation history. To find clues to this problem, a research team led by Professor Sukyoung K. Yi of Yonsei University conducted a numerical simulation that included gravity calculation, hydrodynamics, and all astrophysical processes (e.g. star formation, black hole activities) in a sphere of 60 million light-years in diameter. The simulation succeeded in reproducing the formation and evolution of roughly 200 galaxies.

Using supercomputers in South Korea and France, the simulation has been run with about 30 million CPU hours over three years by connecting 4800 computer cores in parallel. The most updated input physical assumptions, including radiative gas cooling, star formation, supernova and black hole feedback are employed in this simulation. In particular, the spatial resolution has been improved by more than 20 times than before, revealing the galaxy formation processes in greater detail than ever before.

Professor Yi's team analyzed the model galaxies and quantitatively revealed how the disk and spheroidal structures of spiral galaxies like the MW are formed. They also discovered that a massive galaxy needs to have a stellar mass of about 10 billion solar masses to form a disk and, when such critical conditions are met, the disk is formed surprisingly quickly. Researcher Min-Jung Park, who had performed most of the data analysis, has become the first person to witness the detailed formation history of spiral galaxies. 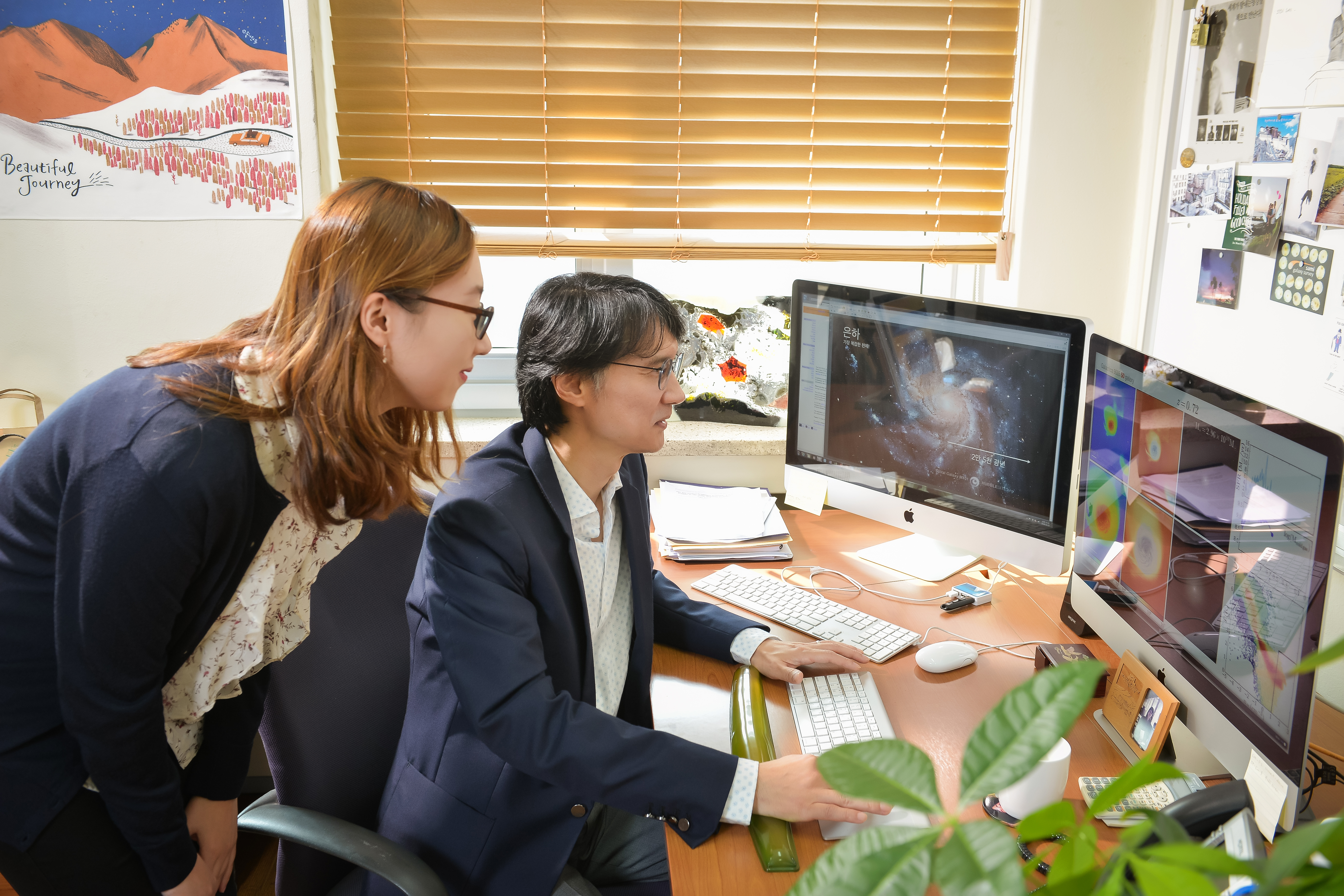 This study is the first paper published from the New Horizon project, conducted by an international collaborative research team that includes Yonsei University, the Institute d'Astrophysique de Paris (Yohan Dubois, Christophe Pichon) and the University of Oxford (Julien Devriendt). The results were published in the September 2019 issue of The Astrophysical Journal, which was featured by AAS(American Astronomical Society) Nova as one of the most significant research highlights published in its journals that month.

* Contributed by the Office of Research Affairs/University Industry Foundation,