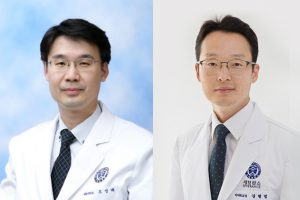 Patients who have suffered from ischemic stroke may be able to restore their ability to move through a method described as using “transient in situ expression of pluripotency factors”, according to research teams at Yonsei University College of Medicine led by professors Sung-Rae Cho of the Department of Rehabilitation Medicine and Hyongbum Kim of the Department of Pharmacology.

In a laboratory bench, mature cells can be reprogrammed to become induced pluripotent stem (iPS) cells by exogenous expression of the pluripotency-associated transcription factors. Moreover, transient expression of pluripotency factors renders cells into an activated plastic status, poising them to transform into other types of cells , depending on the environment.

In this study, a total of 62 reprogrammable mice in which the four reprogramming factors were expressed in the presence of doxycycline were used. A stroke, or brain ischemia, was induced by temporarily stopping blood flow to the brain for twenty minutes, after which the lateral ventricles of mice were continuously given doxycycline into with an osmotic pump for one week.

One month after treatment, the number of neural stem cells had increased in the subventricular zone of the reprogrammable mice injected with doxycycline, significantly more than the saline control group. There was also a remarkable increase in glial cells, responsible for the growth and support of neurons, in the striatum. Furthermore, in vivo pluripotency factor expression caused neuroprotective effects, such as increased numbers of mature neurons and levels of synaptic connection, or synaptic markers, in the striatum. Most importantly, motor recovery from ischemic brain injury, such as a stroke, can be promoted by cell proliferation and angiogenesis.

“This study was the first experiment to investigate whether in situ transient expression of pluripotency factors can enhance functional recovery from ischemic injury.” explained Professor Cho. “Hopefully in the future, these results with provide a basis for novel therapeutic modality development not only for stroke patients, but for patients with neurodegenerative diseases as well.”