A chemistry-first approach for identifying drug targets in lung cancer

Researchers in a multi-national research consortium have developed a novel strategy for identifying drugs that target patient-specific disease mechanisms in lung cancer, thereby addressing the pressing need for effective treatments across the broad patient population with diverse underlying genetic lesions.

By screening the effects of a large library of disparate chemical compounds against a broad, well characterized panel of cellular models for the various genetic mutations and characteristic physical features of lung cancers, the researchers including the team led by Dr. Hyun Seok Kim found that numerous chemical-genetic associations could be specified. This was especially notable as it indicated that various cancer cell mechanisms corresponding to a range of underlying genetic modifications were vulnerable to targeted drug therapy.

“The identification of multiple cancer cell vulnerabilities is very exciting but not entirely surprising“, comments Dr. Kim, an Assistant Professor at the Severance Biomedical Science Institute, Yonsei University College of Medicine, Korea, because in non-small cell lung carcinoma (NSCLC) there is a high likelihood that various cellular functions may be compromised or behave differently compared to those in normal, healthy cells. Notably, NSCLC is one of the leading causes of cancer-related death worldwide, with its treatment complicated by the diversity of underlying molecular causes associated with individual NSCLC tumors. 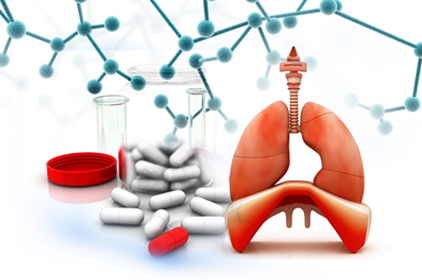 Subsequent detailed investigations confirmed that cell lines with assorted mutations in the NOTCH2 gene were sensitive to treatment with a class of compounds not normally utilized in treating lung cancer. Moreover, mutations in various pairs of genes were found to confer sensitivity to particular drugs, which highlighted that the specific pathways targeted by these compounds were compromised when both genetic abnormalities were present—findings that were unlikely to be reached using traditional, disease-based-screening approaches.

In turn, these compounds offer the potential to respectively treat many thousands of patients based on their personalized mutation profiles. The study in question, titled “Chemistry-First Approach for Nomination of Personalized Treatment in Lung Cancer,” has been published in Cell.

“Our findings clearly show that a chemistry-first approach combined with carefully delineated screening outcomes can reveal chemical vulnerabilities in patients with lung cancer who carry mutations which themselves are not directly ‘actionable’.’’ Dr. Kim adds.

Importantly, this strategy, which does not rely on preconceived mechanistic relationships, provides information necessary to define the “therapeutic triad” required to actualize “personalized medicine”; that is, a relevant target for intervention, an appropriate targeting compound, and biomarkers to ascertain efficacy. Even the role of compounds with as-yet-undefined function can be determined through analysis of the responding cell lines, facilitating their repurposing to treat select patient populations.

Accordingly, these features suggest that this chemistry-first approach may also be applicable to identifying novel chemical/genetic relationships in other heterogeneous types of cancer as well. Dr. Kim notes that “these observations indicate a wealth of actionable opportunities within the complex molecular etiology of cancer.”