Every Gene Has an Island

“Islands” of cytosine-phosphate-guanine repeats in genes are modified differently depending on cell type, leading to cell type-specific gene expression. 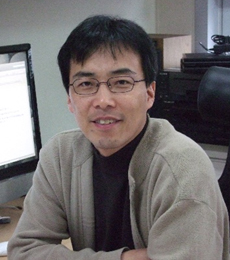 Our bodies’ diverse cells begin as embryonic stem cells containing numerous genes that will subsequently be either expressed or repressed, depending on what cell type the gene winds up in. Much of a gene’s activation or suppression is dependent on so-called epigenetic processes that modify genes without actually changing their sequence. The two main epigenetic forces are histone modification and DNA methylation, both involving the addition of a molecule (special proteins called histones and a methyl group, respectively) to DNA. Existing research shows that iCGIs are important epigenetic sites and so play a major role during cell differentiation, but their exact regulatory function and effect on nearby genes remain unclear.

Dr. Kim comments, “We know that these iCGIs tend to experience methylation and are found in all genes linked to organ development and determining cell lineage, so they must be doing something important. But we don’t really know what.”

The team analysed publicly-available data on epigenetic modifications to the genome and then verified their findings with experiments focusing on iCGI function. Fascinatingly, they found that iCGIs start out in embryonic stem cells with activating and deactivating histones attached. As cells differentiate, iCGIs in specific cell types become hypermethylated, disrupting the histone bonds and activating major transcription factors involved in regulating organ development. The process was similar across mice and humans, indicating that it was important enough to be conserved across evolution. On top of that, iCGIs appear to be optimized for different degrees of methylation, while also containing numerous binding sites for transcription factors that are cell-type-specific and important for development. All of these features imply that iCGIs can help regulate subtle, cell-type-dependent changes in gene expression during the differentiation of stem cells.

In conclusion, this research advances our understanding of how epigenetic modification during development influences the change from stem cells to differentiated cells. As Dr. Kim says, “This removal of histone modification through DNA methylation is something we haven’t really seen before, a previously undescribed regulatory mechanism. So I think our study contributes a lot to existing knowledge of epigenetic regulation during cell differentiation.”