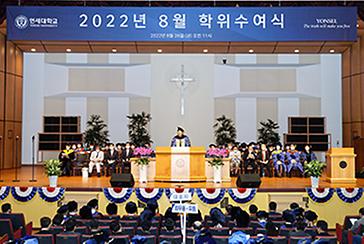 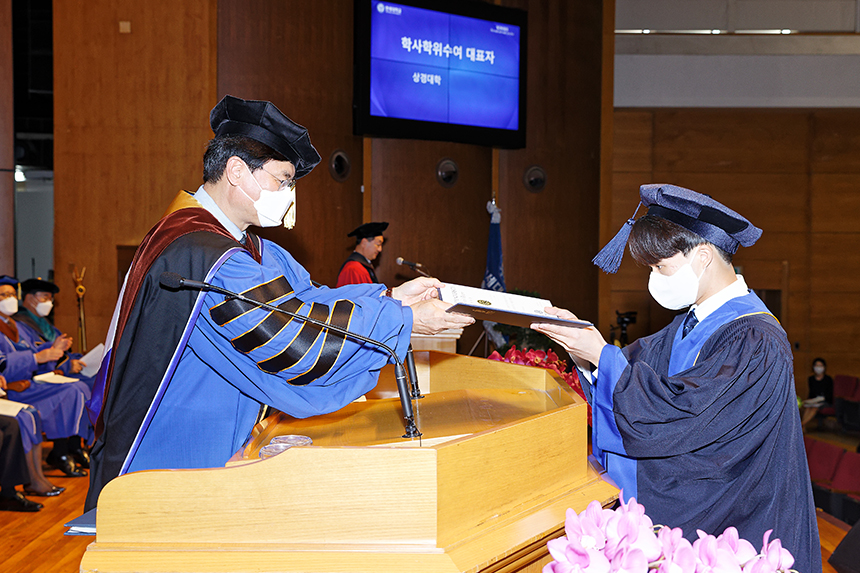 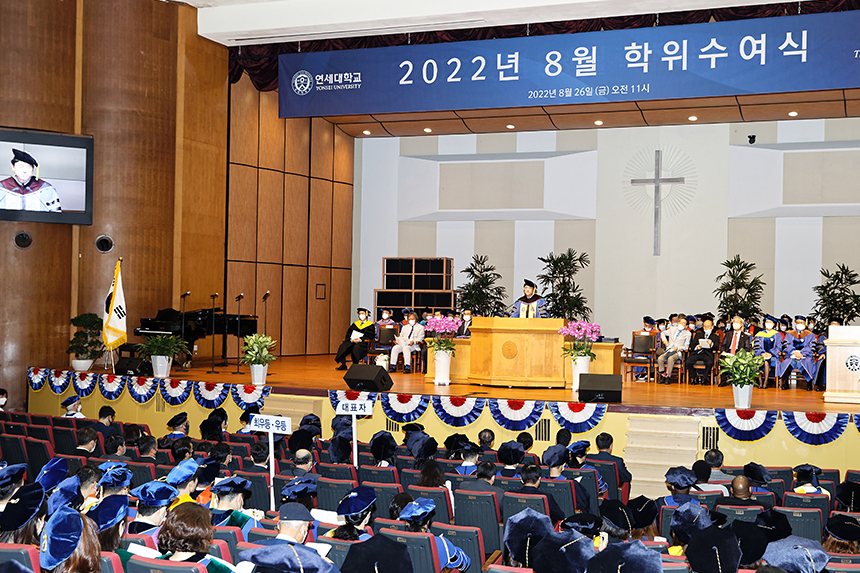 Citing the poem "New Path" by poet Yoon Dongju, a Yonsei alumnus, President Seoung Hwan Suh told the graduates during his commencement address, "Walk your own path, the path of innovation, the path of creativity, and walk on a new path without giving up. The spirit of Yonsei in pursuit of truth and freedom lies on that path." and he also said, “Yonsei will always cheer for you who bravely walk on that path.” 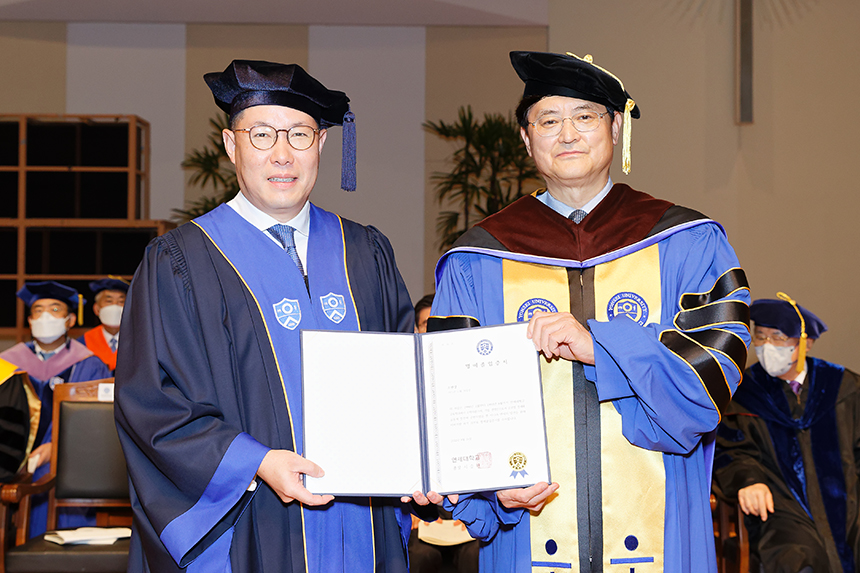 Meanwhile, at the commencement ceremony, Yonsei University presented an honorary diploma to Vice Chairman Cho Hyun-sang of Hyosung Group. Vice Chairman Cho studied at the Department of Education of Yonsei University from March 1990 to August 1993. He continued supporting Yonsei's vision and development, including donations for sports development and Underwood International College.

Yonsei University awarded Cho an honorary diploma for his leading role in the eco-friendly energy industry to fulfill his company's duties and responsibilities as a sustainable global company and his ESG management through active social contribution activities for the cultural and sports sectors and the socially vulnerable. 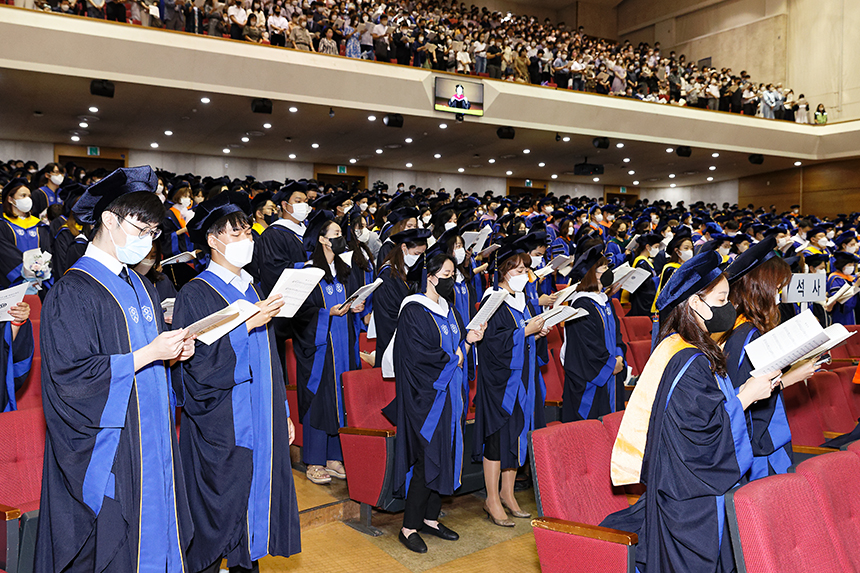