On September 20, a film director Cho Chang-geun, who graduated from the Department of Theology (entering class of '07) at Yonsei University, received the honor of winning the best short film at the 31st Yubari International Fantastic Film Festival (YIFFF), for his film Can't Go Out Tonight.

Can't Go Out Tonight is a romantic comedy about the once-reclusive protagonist who opens up her heart to strangers amidst the times when people have lost trust among one another due to societal concerns of being infected with the COVID-19. The film hopes to deliver a sense of hope to the audience to have faith and confidence in our ability to overcome the current pandemic as well as the brighter future that follows.

The protagonist, Ina, is a social recluse, who is free from concern despite the worsening of the COVID-19 pandemic, for she has not stepped outside her home for years. Being a web novel writer, there was no need for her to leave her house as all her work can be done indoors. She would order food and necessities online, and whenever she wants to travel, she would choose to explore and observe the world in the comfort of her room with VR equipment and a smartphone. Ina also has an attachment doll named "Demian," which served the role of a friend, a lover, and also a source of inspiration for her writing. The plot revolves around how Ina's sedentary lifestyle gradually begins to fracture when she discovers that the appearance of the delivery man, which she happened to notice as she was receiving the food she ordered, has an uncanny resemblance to her attachment doll.

YIFFF began in 1990, and it has established itself as the fantastic film festival in Asia with the longest history. Yubari is a small city in Hokkaido, Japan, and used to be a mining town. As the last coal mine in Yubari closes, the YIFFF began as a way to revitalize the local economy, and over the years it has grown into one of the most celebrated film festivals for fantasy and science fiction films with numerous visits from Hollywood celebrities.

"It is an honor to receive such an award at a prestigious film festival like this," said Cho in his commemorative speech. "It was not an easy environment to carry out the production due to the pandemic, but I would like to convey my deepest gratitude to all the staff and actors for cooperating with me during these harsh times."

Also receiving invitations from Incheon Independent Film Festival (INFF), Beautiful Hapcheon Independent Film Festival (BHIFF), and Festival du Film Coreen a Paris, Can't Go Out Tonight has been receiving numerous acclamations, and it plans to continue its screening at domestic as well as foreign film festivals until 2022. With Director Cho winning an award at YIFFF, it marks a positive start to his preparation for a new South Korea-Japan joint film, Everything About You, which will also be his first feature film. The movie is currently in the process of scenario development and financing, with a target to start production in 2022. 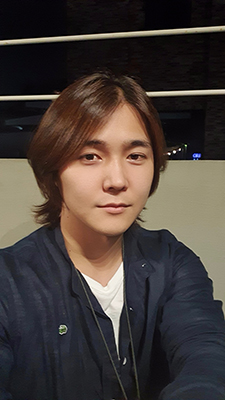 Cho graduated from the Department of Theology at Yonsei University (entered in 2007). As a Yonsei student he was a member of the Religious Theatre Research Club. He started his career in the film industry when his short film The Bird Fights Its Way Out of the Egg, which he wrote and directed, received invitations to the Busan International Film Festival (BIFF) in 2016. He is currently working as a scenario writer for Director Kim Sang-jin (known for films such as Attach the Gas Station, Kick the Moon, etc.) while majoring in film production at the graduate school of Korea National University of Arts.

2016 Short Film The Bird Fights Its Way Out of the Egg (Writer, Director and Editor)