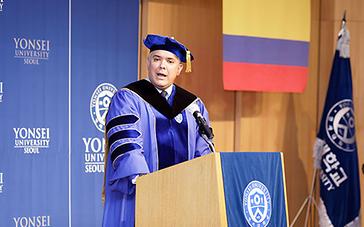 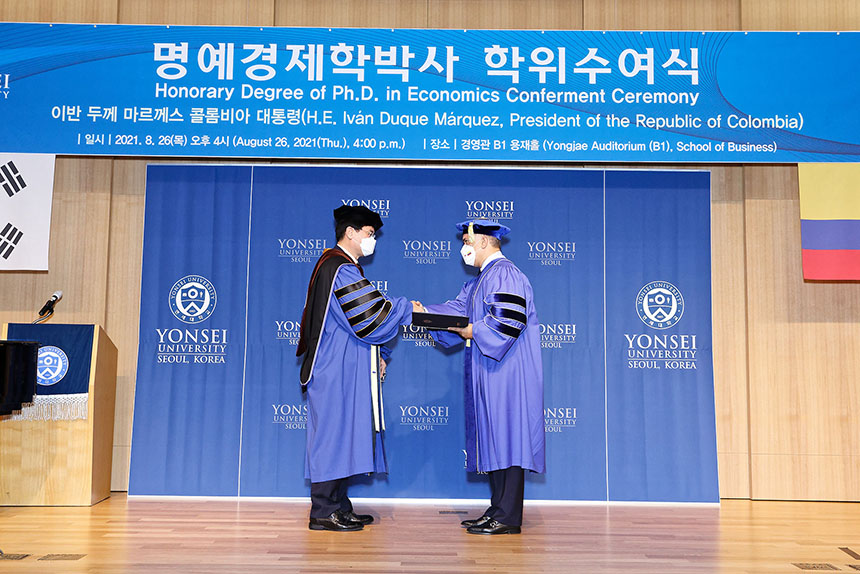 Colombian President Iván Duque Márquez has been awarded an honorary doctorate in economics from Yonsei University in Seoul, South Korea. The conferment ceremony was held on August 26 at Yongjae Auditorium in the School of Business.

The decision was made in recognition of President Iván Duque Márquez's contribution to Colombia's economic and political development as well as his dedication towards Colombia's coexistence and peace with the international community.

President Iván Duque Márquez is a lawyer who majored in philosophy and humanities at Sergio Arboleda University, and also an economic expert who majored in business at Harvard University. He also holds an LL.M. (Master of Laws) in international economic law from American University and a master’s in public policy management from Georgetown University. 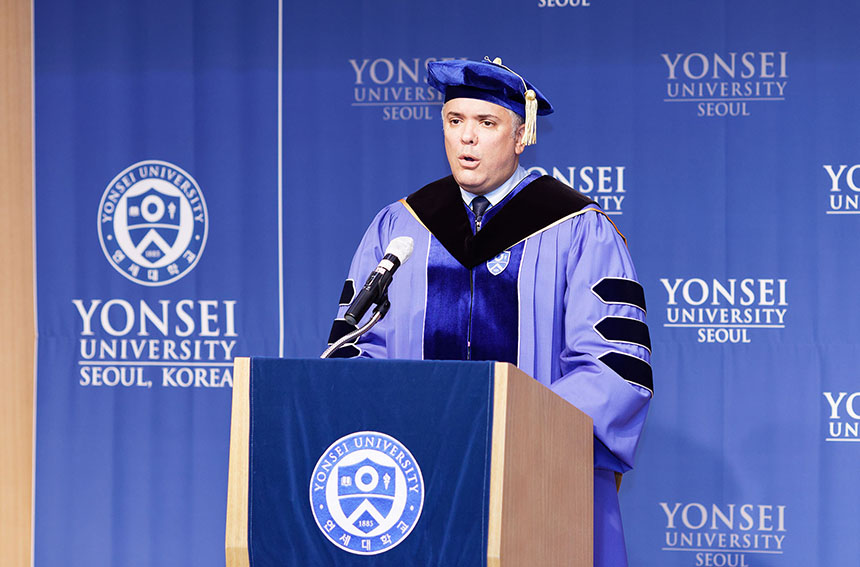 Additionally, having served as the chief of the Division of Culture, Solidarity, and Creativity at Inter-American Development Bank (IDB), a consultant at the United Nations in the Panel of Inquiry appointed by the Secretary-General, and an elected senator in the Colombian Parliament, President Iván Duque Márquez has devoted his entire life for the development of Colombian economy and the international society.

President Iván Duque Márquez has shown his devotion towards the prosperity of the Colombian economy and social welfare by being the author of several significant laws during his time as a senator. Later he would expand his efforts in practicing economic and political integration and prosperity, as he assumed the chairmanship of the Forum for the Progress of South America (PROSPUR). Colombia also holds a chairmanship at the Pacific Alliance (established in 2011), as President Iván Duque Márquez emerged as a key figure within the alliance to promote free trade in South American countries. 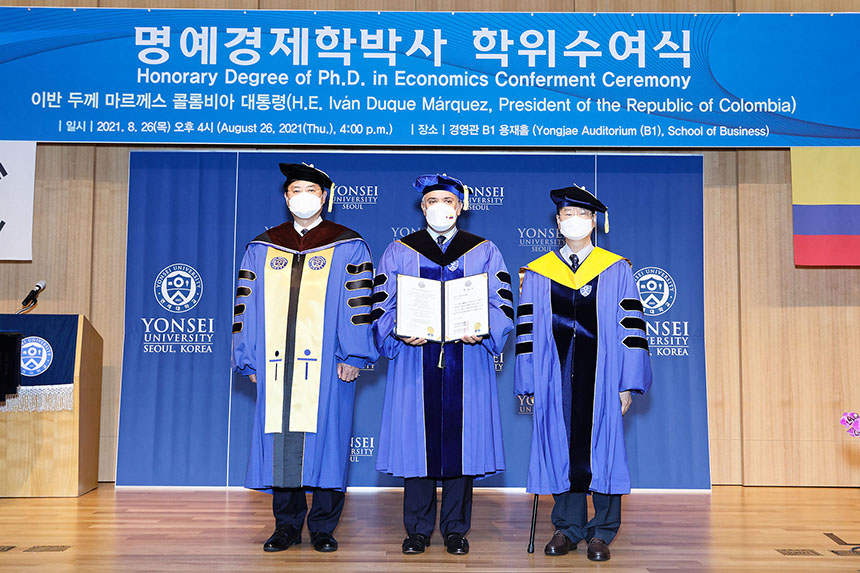 “GEEF for ALL” is a series of seminars on the issue of sustainable development. With the 3rd seminar hosted by Professor Song In Han, Head of the Ban Ki-moon Center for International Cooperation, Honorary Director Ban Ki-moon of IGEE (8th Secretary-General of the United Nations) exchanged ideas and thoughts with President Iván Duque Márquez on the theme of "World Peace & Climate Action." 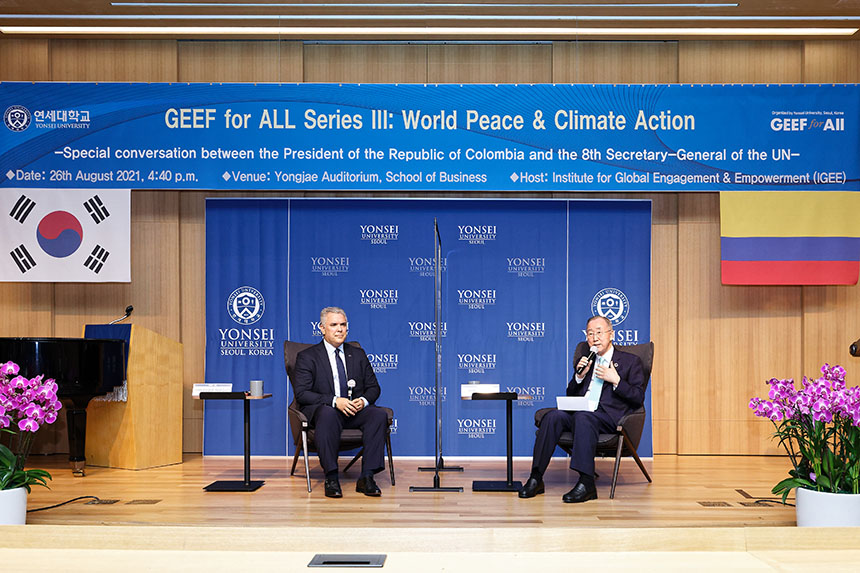