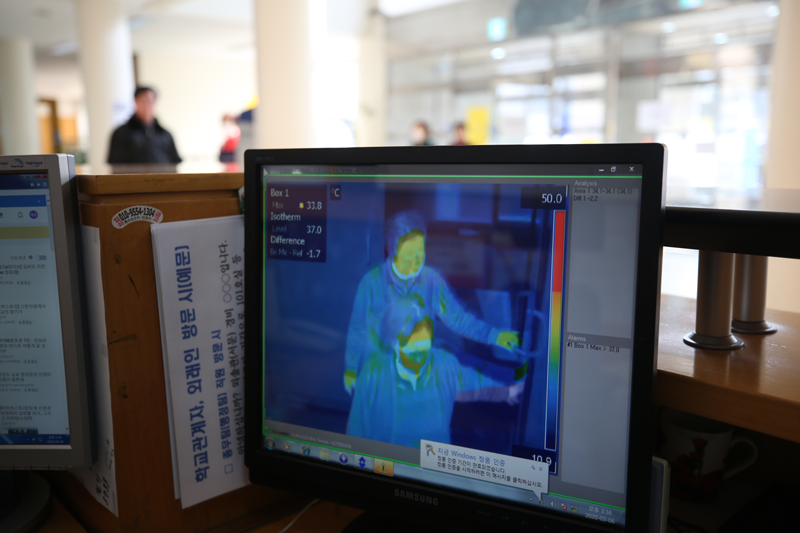 A student report of the university’s response to COVID-19

As you spend your third year at Yonsei as a junior, it is not an exaggeration to claim that university life somehow becomes a repetitive routine. You find yourself taking for granted the same old campus and buildings for your daily classes. You reach a point when you can distinguish the mind frame of the staff at the school café just by taking a sip of the same iced Americano that you have been drinking every day for the past few semesters.

However, this seemingly unchangeable routine began its drastic transition as the first confirmed case of COVID-19 was reported in South Korea on January 20, 2020, which was met with a series of unprecedented precautionary measures. All campus buildings were restricted to one designated entrance with thermal imaging cameras and thermometer guns monitoring all entrants. Strict opening hours were set, and even the historic 24-hour study rooms in the Central Library have shortened opening hours. 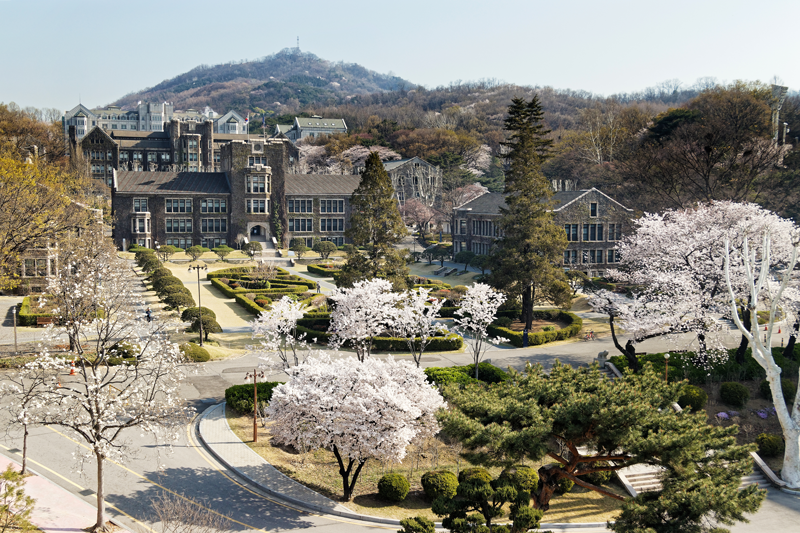 There weren’t only changes in the operation of buildings and facilities. Beginning with an announcement for implementation of non-face-to-face/online classes for the first two weeks of the semester and in line with the growing severity of the COVID-19 pandemic in South Korea, Yonsei University had declared an extension to fully transition classes to online format for the remainder of the 2020 spring semester.

The first semester of 2020 is a semester defined by change. While the campus might look relatively deserted compared to that of last semester, it is busier than ever with faculty and staff across all administrative offices diligently keeping up with the university’s infection control measures to ensure the safety and well-being of all members of the Yonsei community.

Yonsei University’s efforts to establish a system of infection control within the campus was initiated a week after the declaration of the first confirmed case of COVID-19 in South Korea in January. 20, 2020. As the Korea Centers for Disease Control and Prevention (KCDC) raised the country’s public health alert level for COVID-19 from yellow to orange on January 27, 2020, the Ministry of Education sent out public announcements to respective universities on additional measures for the COVID-19 pandemic, to which Yonsei responded immediately.

Yonsei’s battle with COVID-19 was initiated with Yonsei University Health Service Center’s announcement of infection control measures and response protocols that were sent to all institutions on campus. They were immediately followed by the establishment of the COVID-19 General Headquarters for Crisis Response to Infectious Diseases under the leadership of the Office of University Planning and Management at Yonsei to ensure preparations and implementations of emergency response measures.

Additionally, Yonsei University secured an emergency contact network by designating a crisis response officer for each building, college, and administrative office. The university also opened communication channels, focusing on disseminating official announcements and guidelines on preventative measures to the entire Yonsei community and addressing urgent issues via the university’s emergency contact center. Subsequently, according to Yonsei’s initial policy, all major on-campus and off-campus university events of over 100 people were canceled, and renting of campus facilities were restricted until the disease alert level lowered.

In terms of academic affairs, on February 7, the university announced the two-week postponement of the starting date of the 2020 spring semester and a one-week delay of the course enrollment period. During this period, students were asked on their travel history to China or Southeast Asian countries with reminders to abide by the two-week self-quarantine regulations of the KCDC upon arrival to Korea.

Promptly after the KCDC’s announcement of South Korea's public health alert level from orange to red - the country’s highest “serious” alert - Yonsei strengthened its measures to prevent the spread of pandemic on campus and declared updated procedures the following day. The 2020 spring commencement ceremony, scheduled to take place in late February and rental service for graduation gowns were canceled. These measures were implemented to follow the most crucial rule of preventing crowds from gathering on campus.

With the dormitory expecting check-ins from students, both domestic and overseas, as the original start of the 2020 spring semester was within a week, safety notices were announced to expecting students. Those arriving from countries with confirmed COVID-19 cases were mandated to check-in on assigned dates while those coming from countries with no-confirmed cases and students with no recent overseas travel history were required to check-in two days before the beginning of the semester. This measure was taken to separate those who were required to self-quarantine from those that were not.

The Yonsei campus itself experienced major unprecedented changes, including building entry restriction. All buildings with more than one entrance is designated to use only one entry and the opening hours for all buildings were set to be from 9 - 6 p.m. The Baeyangro Underground, which would have remained open until midnight, also restricted all its access, including elevators and stairways after 6 p.m. All campus buildings were sanitized regularly.

Libraries are no exception; the Central Library closed most of its operation by 5:30 p.m. while 24-hour-open study rooms are shortened till 9 p.m. at the latest. School shuttle bus times were extended to 9:25 p.m. to accompany the needs of students who would stay at the library until 9 p.m.

Under the management of the Office of General Affairs, which checked the overall status of building control across campus, thermal imaging cameras or non-contact thermometers, and hand sanitizers were installed at all designated building entrances. Administrative staff of colleges and offices within each building have been managing the screening stations in assigned shifts for the past two months.

The Class Must Go On

Changes that were prompted as a precautionary measure of COVID-19 were felt at heart by all students, faculty, and staff when Yonsei University announced the transition of all classroom-based instruction to non-face-to-face/online classes for the first two weeks of the semester (March 16-28, 2020). Yonsei immediately prepared for this significant change by announcing guidelines and copyright notices concerning virtual lectures.

Professors encountered the news in early March, including Professor Tae-Eun Kim, a visiting professor at the Department of Cultural Anthropology. The news came as a surprise, but she “fully cooperated as far as I could, since this would be a necessary measure to protect the campus community.” Her initial experiences of using Zoom “felt awkward as it felt like I (she) was talking to myself alone,” and she first struggled with changing planned schedules. “My class is about global issues, so I had two special guest speakers who could share insight into the recent global phenomenon, but now they will give their lectures through Zoom,” she added.

The continuation of online/non-face-to-face classes was announced by Yonsei University on April 29, 2020, as the risk of the COVID-19 remained fundamentally unresolved. The school extended the online class period to the end of the 2020 spring semester and updated or canceled dormitory check-ins. Having continued the Zoom class for nearly two months, Professor Kim has gradually adjusted to the new way of teaching. She had received a great amount of university support while adapting to her online class.

“Yonsei opened its Zoom account immediately and hired digital TAs who could help faculty members get used to using the application,” said Professor Kim. Also, with her lecture being conducted predominantly in English, many exchange students needed help in adjusting not only to a new school but also to the new challenge of learning online. The school supported her in every way, as she recalled, “Several exchange students struggled to access the online library system. I asked if the university could guide the students through emails, and I appreciate that they promptly responded by sending out emails to the students to resolve the issue.”

We Are All in This Together

Through courses of actions and responses taken by Yonsei, several characteristics can be highlighted—swiftness in response, comprehensiveness in its decisions and policies to ensure the welfare of all members of Yonsei community, and lastly cooperation among all members to establish a formidable system of infection control in the face of the COVID-19 pandemic. The tasks and methods of contribution may differ, but it is certain that everyone working behind the scenes are working for the same cause—to provide a safe learning environment for students to return when the pandemic ends.

Professor Kim concluded on a high note. “We are all doing our best to make this semester work. If the situation improves, I sincerely hope that my students would reunite to become real friends. And lastly, I hope everyone at Yonsei spends the remaining semester safe and sound.”