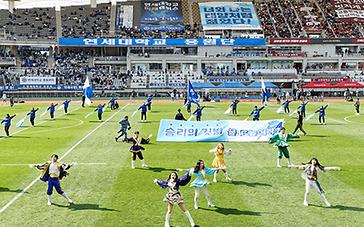 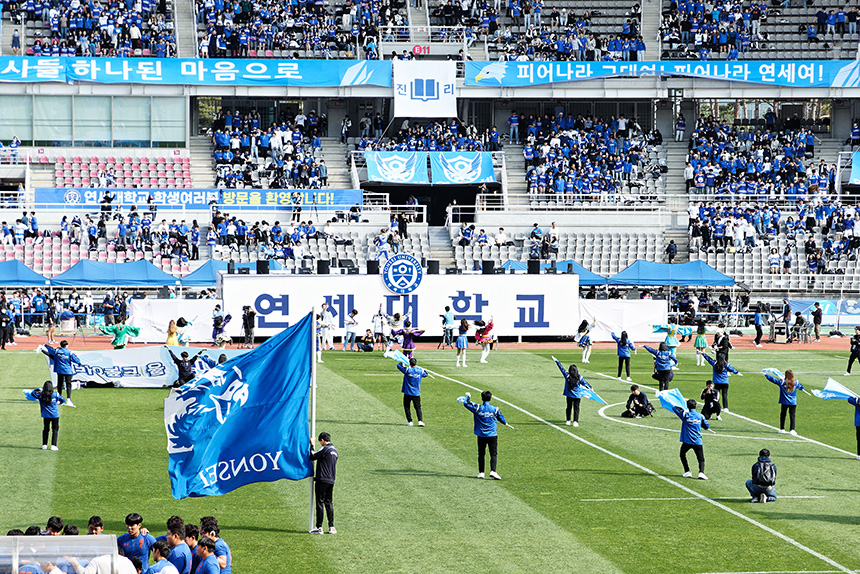 On October 28 and 29, The "Regular Yonsei University - Korea University Friendly Games 2022 (from now on referred to as the "Yon-Ko Games")" was held in Seoul and Goyang, South Korea.

Celebrating its 57th anniversary this year, the Yon-Ko Games is a festival that reaffirms the friendship and tradition of Korea's two most prestigious private universities and is a venue for unity where students and alumni of both institutions participate together. In this year's competitions, Yonsei won baseball (8:2) and football (1:0) but lost ice hockey (1:4), basketball (64:72), and rugby (24:57). Although Yonsei missed the victory with two wins and three losses, it was touching to see the Yonseians who showed their passion as one with the players sweating on the field regardless of the victory or defeat of the games. 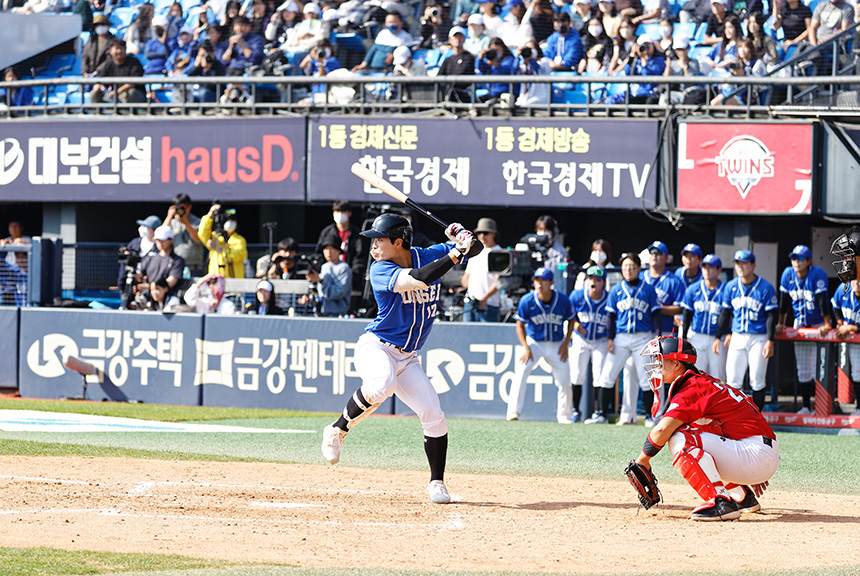 Starting with the opening ceremony at 10:30 a.m. on October 28 at Jamsil Baseball Stadium, the curtain of the regular Yon-Ko Games was held for the first time in three years. Baseball, which was played as the first game at 11:30 a.m., was won by the Yonsei baseball team beating Korea University by a score of 8:2. Team Yonsei conceded two runs to KU first in the top of the first inning but were not swayed by this and prevented additional runs with a stable defense without errors. Pitcher Cho Kang-hee (Sport Industry Studies, entering class of '19) took the mound in the bottom of the third inning and allowed only one hit in six innings to secure Yonsei's defense. 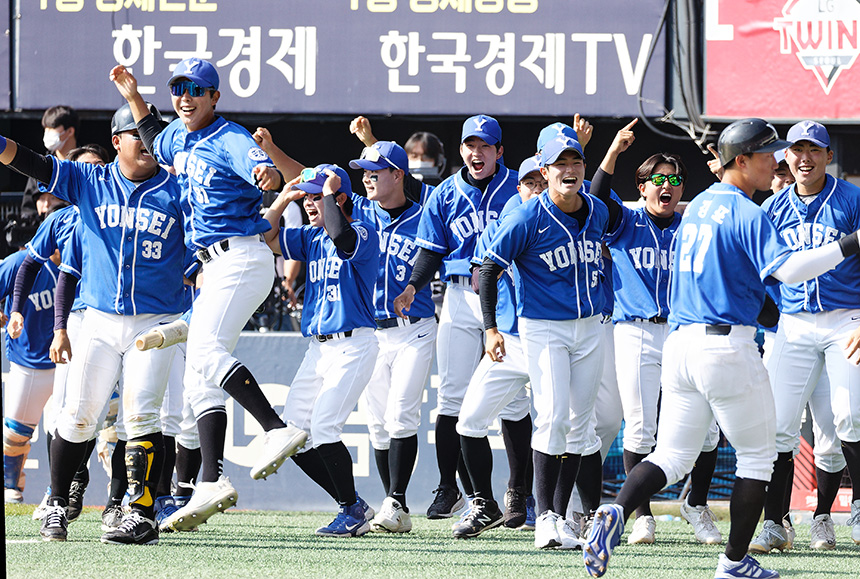 Sparking the chase with a walk by the leadoff hitter in the top of the fifth, the Yonsei baseball team succeeded in reversing the game with a timely double and a sacrifice fly. In the top of the sixth, starting with an infield hit by the leadoff, batters continued to score as they got on base with walks and hits. Team Yonsei calmly converted chances to score three runs and five runs in the fifth and sixth, respectively, to win a massive come-from-behind victory. It was a game that raised expectations for the Yonsei University baseball team in that all players showed good play in offense and defense, not relying on one ace player. 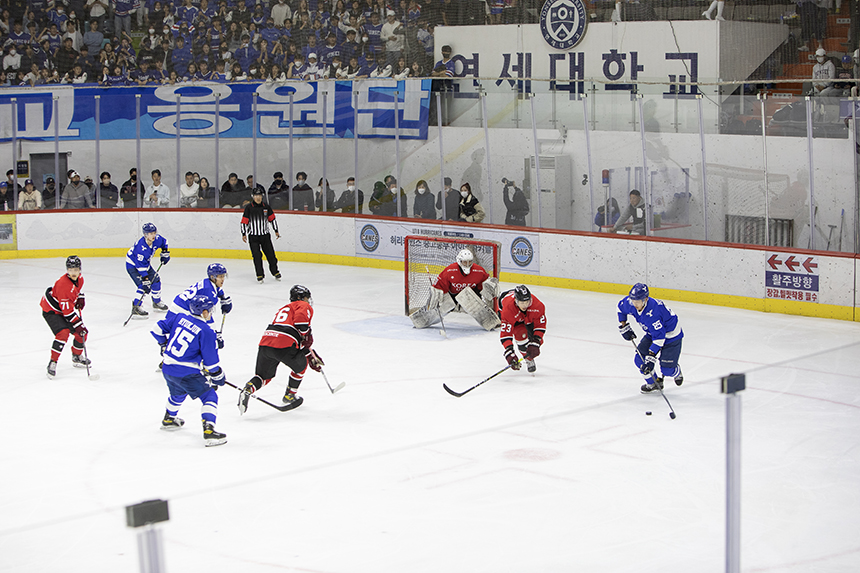 At 2:30 p.m., the ice hockey game was held at Mokdong Ice Rink. As it was the first regular Yon-Ko Game held in three years, the game went fierce from the opening. Team KU strongly pressured Team Yonsei by scoring three points in the first period alone. The Yonsei ice hockey team continued to try more speedy and powerful attacks from the beginning of the second period to find a chance to score. Eventually, Kim Hyo-seok (Physical Education, entering class of '19) completed a shot to revive the fire of the chase. Team Yonsei continued to target KU's net in the last third period, but the game ended 1:4 with one more point given to KU in the second half of the third period. 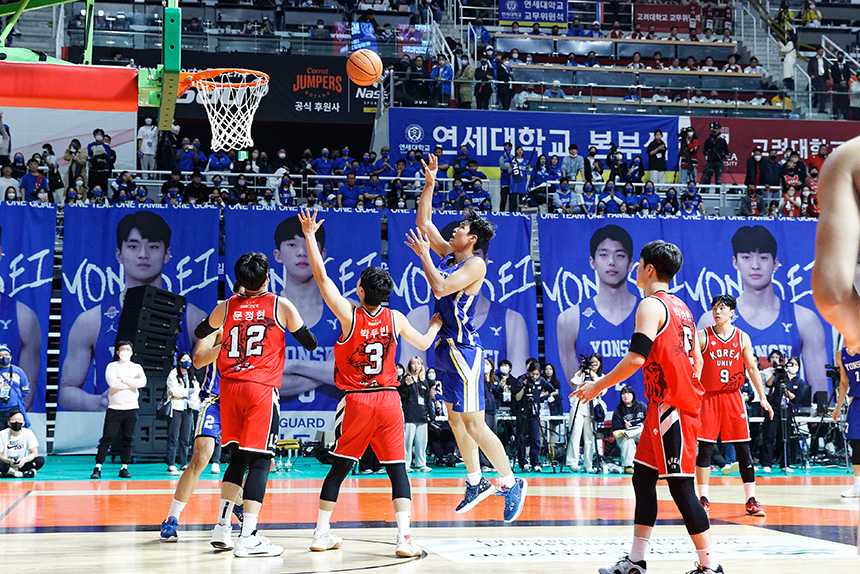 The basketball game started at 5 p.m. at Goyang Gymnasium. The first half of the game was a rally between the two teams by exchanging scores. Yonsei took the lead by eight points in the middle of the second quarter, but KU chased and finished the first half with a 32:32 tie. Since the third quarter, Korea University has accumulated points through foul induction and free throw success. Team Yonsei also continued to score but conceded many goals in the fourth quarter, ending the game at 64:72. 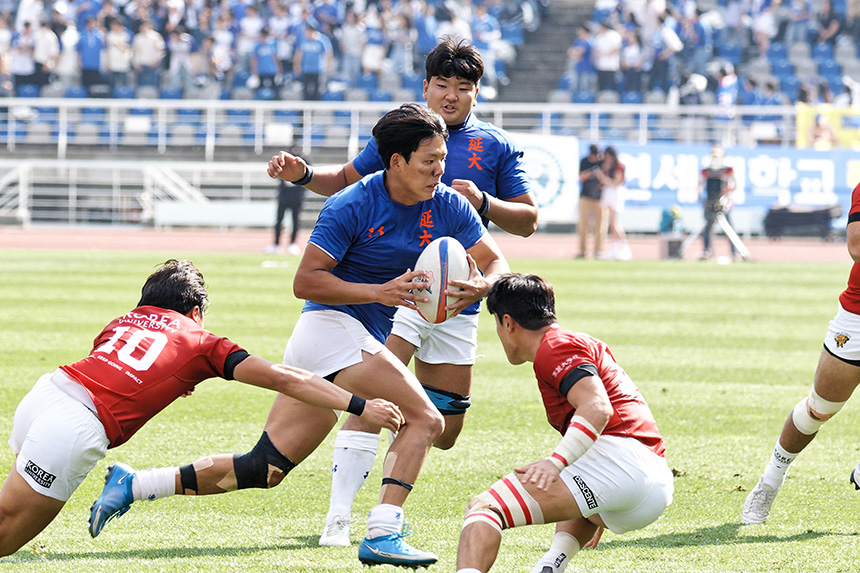 At noon on October 29, the second day of the Yon-Ko Games, the rugby match was held at Goyang Stadium. Rugby and football games were held for the first time in four years because the games were canceled due to typhoon "Lingling" in 2019. Yonsei University's rugby team scored with a penalty goal, tries, and a conversion kick to chase Korea University closely. The first half ended at 17:25 in a tense atmosphere, but the flow went to KU with their fast-speed attack and tight defense in the second half. Team Yonsei showed their fighting spirit until the end, even though some of the key players were replaced by injuries one after another, but ended the game at 24:57. 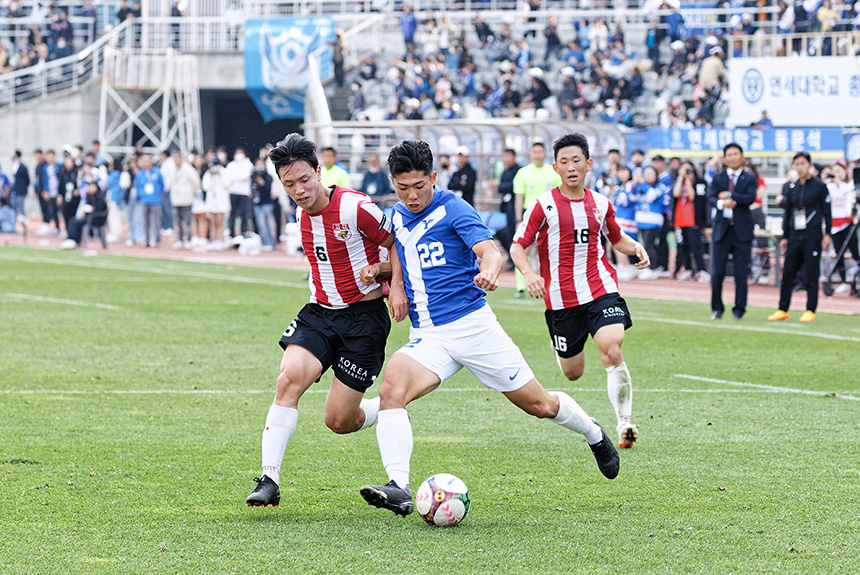 The last match of the 2022 Yon-Ko Games, football, started at 2:30 p.m., at the same place. The Yonsei football team, which started the game with a back three formation (3-4-3), strongly pressured Korea University with a focus on three forwards and both wingbacks. Team Yonsei led the game's flow, but both teams finished scoreless in the first half. Yonsei made a change by replacing players at the beginning of the second half. And in the 50th minute, the first and the winning goal was scored by Cho Dong-yeol (Physical Education, entering class of '19). Jang Hyun-do (Sport Industry Studies, entering class of '22), who was substituted in the second half, crossed the ball into the box, but a KU defender cleared it, then Cho ran in and converted with a solid volley to shake Korea University's net. Korea University's offense has continued since then, but Yonsei has succeeded with a 1-0 victory as KU's effort was blocked by the solid defense of the Yonsei defenders and goalkeeper Yeom Ji-yong (Sport Industry Studies, entering class of '19). 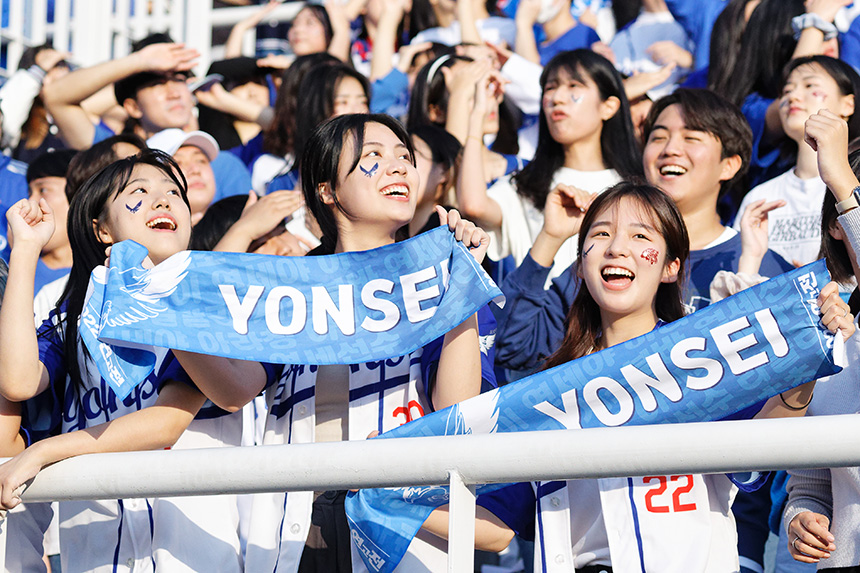 The players from both universities congratulated and comforted each other after the games, deepening the harmony between the two. The stands also applauded our squad for their warm consolation and support. Although the games ended with Korea University's win, students, faculty, and alumni from both universities all mingled together and enjoyed the festival regardless of victory or defeat. Not only the players who sweated under the hot autumn sunlight but also the students from both universities who filled the stadium showed their passion and love towards their schools. As it was the first Yon-Ko Games held in three years, it will be remembered as a more profound impression for the students who entered Yonsei in 2020, 2021, and 2022. 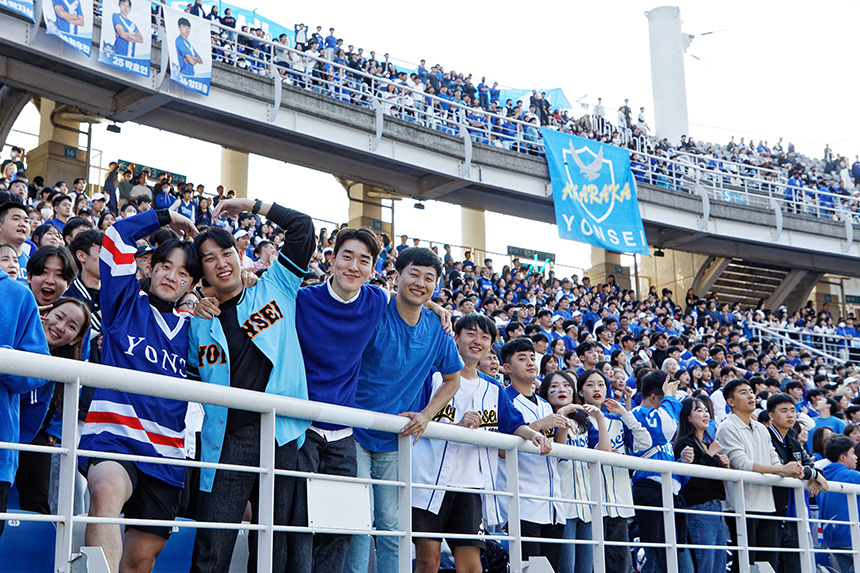 After the Yon-Ko Games, a closing festival was held at the Baekyang-ro Junction at 8 p.m. on the 29th. It was all the Yonseians' gathering to cheer together with wishing for winning the 2023 Yon-Ko Games next year. Since the Yon-Ko Games became a regular annual event in 1965, Yonsei has been leading KU ahead with 21 winning years, 10 drawing years, and 19 losing years. We look forward to seeing excellent games full of passion and all the Yonseian's united spirit again in next year's Yon-Ko Games and appreciate all our athletes who have been steadily working for the past year.