Opening Ceremony after Remodeling of Spaces for Student Autonomy March 24, 2022 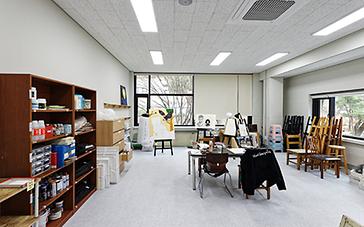 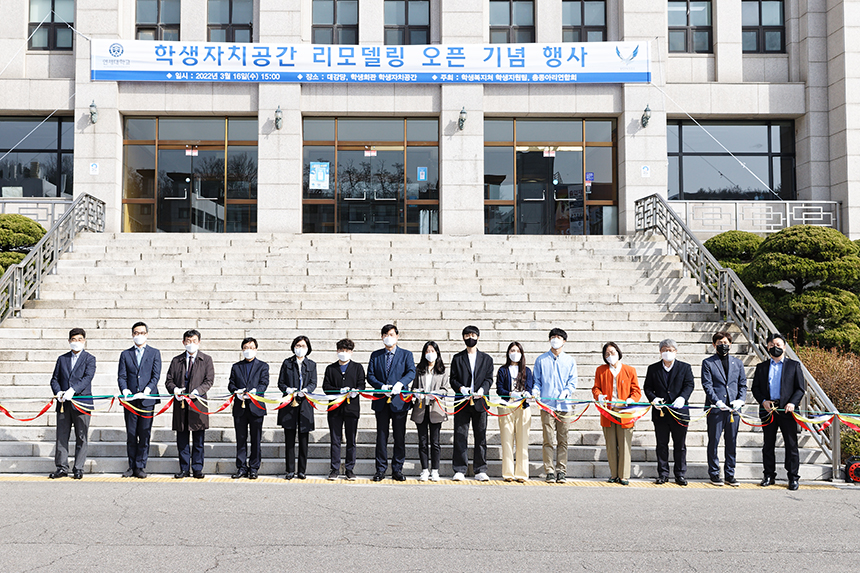 The spaces for student autonomy in the Main Auditorium and the Student Union Building on the Sinchon Campus have been refurbished through remodeling. To commemorate this, the Student Affairs and Services Team and the General Club Association of Yonsei University held the "Opening Ceremony after Remodeling of Spaces for Student Autonomy" in front of the Main Auditorium on March 16.

The event was attended by faculty and officials, including President Seoung Hwan Suh, Provost Kim Eunkyoung, Professor Chung Meehyun (Dean of University Chaplaincy), some other vice presidents, and staff at the Facilities Management Team, the General Affairs Team, the Student Affairs and Services Team, etc. In addition, the chair and vice-chair of the General Club Association Emergency Committee and four club representatives attended as student representatives to express their gratitude for the completion of the remodeling of the spaces for student autonomy. 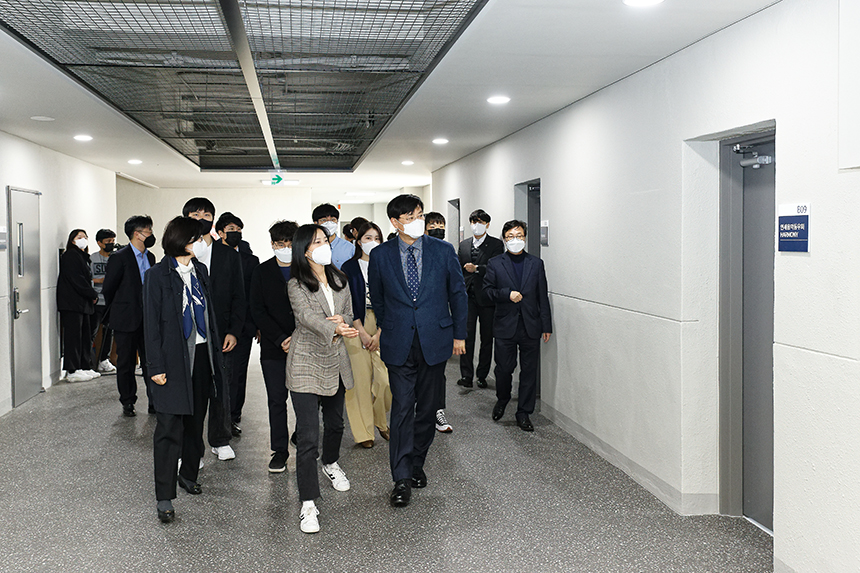 Hosted by the Vice President for Student Affairs and Services, the event was held in the order of prayer by the Dean of University Chaplaincy, congratulatory speech by the President, tape cutting ceremony and commemorative photos, visiting the remodeled spaces, and conversations with students. In addition, the participants of the event also shared some tteok (rice cakes). 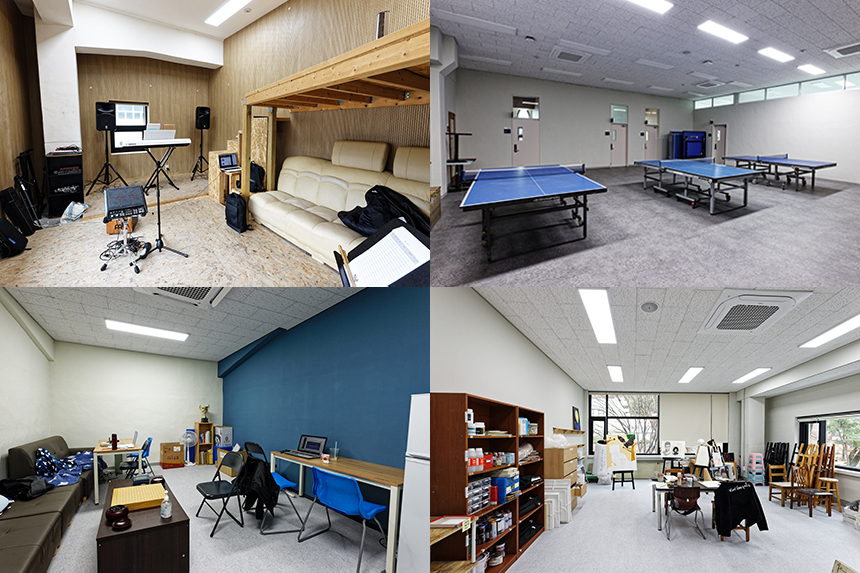 The Main Auditorium on the Sinchon Campus was completed in December 1958 and the building is used as the venue for chapels and various commemorative and cultural events, and clubrooms. The Student Union Building was completed in July 1968 and it has student cafeterias, a post office, the General Student Council office, and clubrooms.

The construction has remodeled 41 clubrooms from the first basement floor to the third floor of the Main Auditorium, 38 clubrooms and the Muak Theatre from the third floor to the fourth floor of the Student Union. In particular, it added significance in that the complete remodeling of the clubrooms was carried out for the first time since the completion of the Main Auditorium and the Student Union in 1958 and 1968, respectively.

The remodeling of the spaces for student autonomy is expected to expand opportunities for students to participate in extra-curricular activities, improve club diversity by being used as an incubation for new clubs, and contribute to improving student satisfaction with campus facilities.