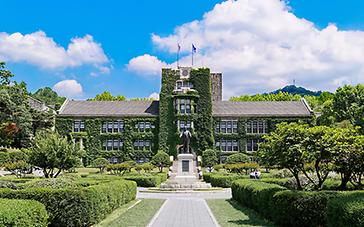 As the only South Korean private university to rise, climbing 36 positions from last year

Among the five main indicators, Yonsei University has experienced a general rise in scores across all indicators (rise of 4.5 points for research, 2.7 points for teaching, and 1.7 points for citation), therefore placing itself higher in the overall global ranking compared to the previous year. Despite a minor drop in the indicator for Industry income, with Yonsei University still scoring 96.9 points, it remained at the highest level in the world with no adverse impact on the overall ranking. Yonsei managed to maintain the same score for the International outlook indicator as last year.

Looking at the lower 13 detailed indicators that make up the five main evaluation criteria, the significant rise in the university's reputation (research reputation, educational reputation) can be listed as the main contributor that drove the overall ranking up. University reputation is an indicator of the brand value of universities that university researchers, graduates, and alumni have accumulated for a long time.

Yonsei University has achieved remarkable results across fields of education and research through continuous investment and effort in midst of times of crisis with the current COVID-19 pandemics and the trend of a continuous decrease in the domestic school-age population.

Yonsei University is speeding up its efforts to provide excellent and reliable educational content through the establishment of 'LearnUs', a knowledge-sharing platform that would pioneer the educational revolution in the new media and digital era. LearnUs is a cloud-based innovative digital education platform that has been used to operate regular degree courses since the first semester of 2021. Starting from September 1, the platform has expanded into an online education platform for the public, creating an 'open knowledge channel' where anyone could share their knowledge with others. By actively communicating with education consumers around the world through the utilization of virtual technology, Yonsei University expects to once again solidify its position as a pioneer in the global education market and the exemplary private institution leading higher education in South Korea.

In order to enhance the research competitiveness as well as creating a research environment in which researchers can concentrate, Yonsei University has formed a 'Yonsei Research Committee', a committee directly under the president consisting of top-notch researchers in the university. Yonsei also strives to attract leading researchers and foster areas of intensive support through the "Yonsei Signature Research Cluster Project". "Yonsei Signature Research Cluster Project." is a new support project that aims to foster Yonsei's representative research fields, and the project so far has achieved notable results by selectively focusing the support for areas capable of producing world-class research results.

Yonsei University was also placed 79th in the global ranking in the QS World University Rankings 2022, the highest ranking attained since its opening, amidst a drop in the ranking of most major universities in Korea compared to the previous year. Yonsei University plans to continue its upward trend by strengthening its competitiveness in research such as discovering and attracting excellent researchers and supporting promising areas of research in the future.