Taking Safety to the Next Level with Smart Robots December 02, 2019 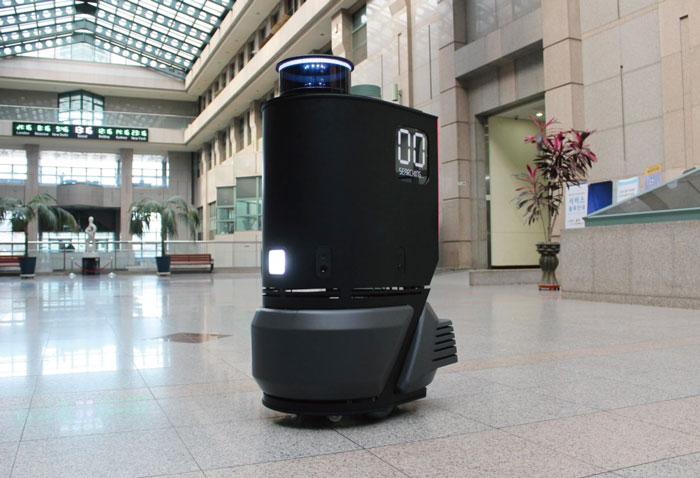 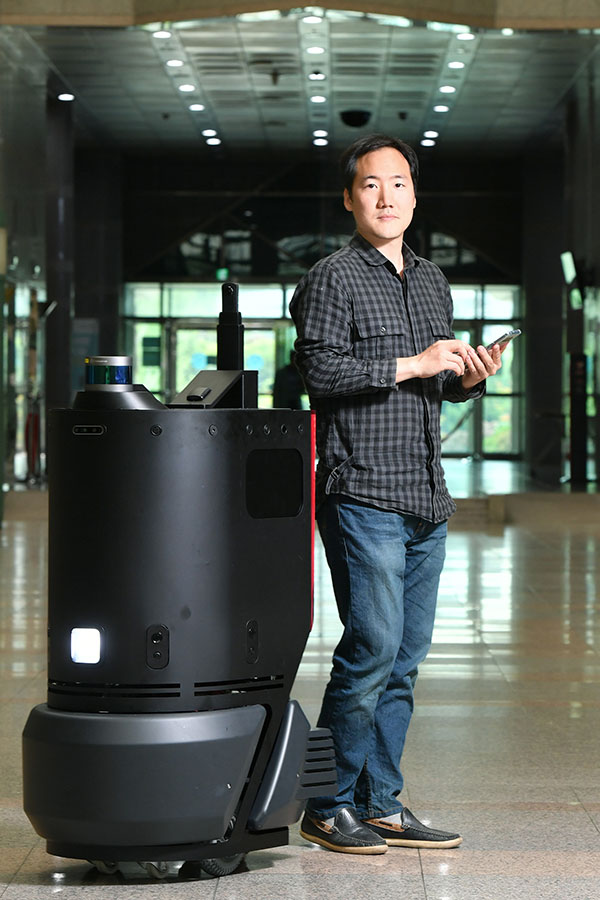 With the advent of the Fourth Industrial Revolution, the tech world is focused on developing cutting-edge technologies built on innovative ideas that can positively impact everyday life. A startup led by a Yonsei alumnus is currently taking public safety and security to the next level with its smart autonomous robots.

“Dogu-gonggan is developing a smart autonomous robot which patrols around large areas or spaces that are difficult for people to access and then collects and transfers the real-time data to a control center,” said Kim Jin Hyo (graduating class of ’09, Department of Electrical and Electronic Engineering), CEO of Dogu-gonggan. “For example, the robot can report the situation of an area where the fire hazards are anticipated or where a criminal is expected to appear.”

Dogu-gonggan is a rising startup that specializes in R&D and technology development for autonomous driving vehicles, tele-operating robots, IoT, and convergence reality such as VR and AR.

With research interests spanning IoT devices, intelligent robots, and unmanned vehicles, Kim Jin Hyo received both his bachelor's degree in Electrical & Electronic Engineering in 2009 and his Ph.D. in Integrated Technology at Yonsei University in 2018. He has registered over ten patents in the robotics field.

“I worked alone when I started my first venture but felt the need to set up a company as I began receiving large-scaled projects from companies and public organizations. The idea of producing autonomous vehicles with my own technology was what motivated me the most.”

Kim established Dogu-gonggan in 2017 and first developed a security robot based on autonomous mobility remote control and facial recognition VR/AR technology. Called D-BOT, the patrol robot features technology that moves automatically, using AI to detect the sound and direction of wailing sirens or people’s screams. It can transfer real-time images as well as converse with the control center. The D-BOT prototype has passed its field test and will be launched later this month.

“D-BOT has indoor and outdoor types. The indoor type can patrol spaces that are difficult for CCTV to monitor - such as dark parking lots or factories - while the outdoor type has traditional car features which enable it to patrol areas with obstacles, even mountainous regions. A few days ago, our headquarters building in Goseong had burnt down due to forest fires in Gangwon province. It was a regret that D-Bot wasn’t developed a bit earlier to have possibly reduced the fires,” he said.

Along with the growth of Dogu-gonggan, Kim Jin Hyo is focused on creating a positive and constructive working environment for his employees. He holds monthly meetings to gather proposals from employees on technologies they wish to develop. In addition, Kim builds teamwork by turning employee’s office ideas into reality with technology such as hologram videos, smart coffee machines, book-returning robots, and moving desks. Kim also created the corporate slogan, “CHIC: Care, Happiness, Integration, and Cooperation,” to encourage employees to collaborate and engage with each other.

“As the company grew bigger, we had encountered some internal conflict in the aftermath. We needed to come up with a countermeasure and so, initiated programs to make employees feel more engaged and happy while working at our company. I want to make Dogu-gonggan a positive community that experiences happiness together.”