Listed as a highly cited researcher for 3 consecutive years February 01, 2017 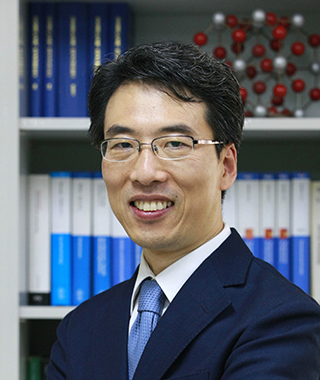 Professor Jinwoo Cheon, Director of the Y-IBS Institute and IBS Center for NanoMedicine at Yonsei University, Seoul, Korea has been listed by Clarivate Analytics as one of the 2016 Highly Cited Researchers. The list represents some of the world’s most influential minds as determined by a citation analysis of Web of Science data. He is thus named on the list for 3 consecutive years.

Cheon earned his doctoral degree from University of Illinois at Urbana-Champaign in 1993 and joined Yonsei University as a professor at the Department of Chemistry in 2002. He is the Director of Center for Nanomedicine at the Institute of Basic Sciences(IBS). He is also a Senior Editor of Accounts of Chemical Research and an editorial advisory board member of Nano Letters and Horizons Chemistry.

As a pioneer in ‘nanomedicine’ that integrates nanomaterials and medicine, professor Cheon experimentally proved the enhanced effect of magnetic nanoprobes for the detection of cancer markers for the first time in the world. He has also developed the magnetic switch and nanoparticles that may be broadly applied to cancer therapy.