New Study Yields the Inside "Dope" on Superconductivity 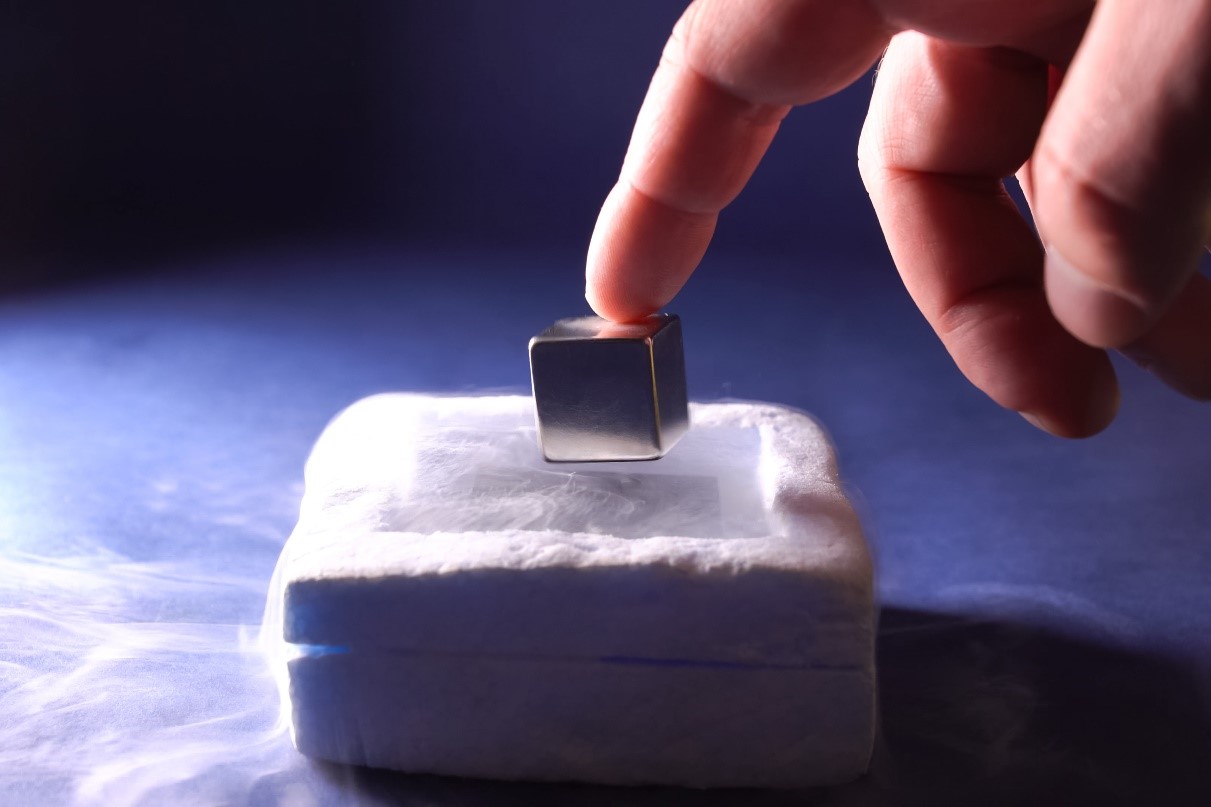 Understanding the mechanism of high temperature superconductivity could impact a wide range of technologies from power grids to maglev trains. Now, scientists offer insights on this matter from an unexpected discovery in impurity-added black phosphorus crystals.

Certain materials, when cooled below a certain temperature, exhibit a characteristic disappearance of electrical resistance. This phenomenon, called superconductivity, has long been of interest to physicists. While certain aspects of superconductivity are well understood, the mechanism underlying high temperature superconductivity (superconductivity above the boiling point of liquid nitrogen) has remained a puzzle. Now, a critical discovery made by researchers led by Dr. Keun Su Kim from Yonsei University, Korea, could provide a clue to solving that puzzle.

Key to understanding superconductivity is a physical property called “band structure”, that describes the electronic structure of a material. Describing the band structure of a solid such as a crystalline material is relatively easy, but this is not the case for liquids. Theoretical models for the band structures of liquid metals have existed since the 1960s, but the phenomena described in them have never been observed experimentally, until now.

In their study published in Nature, Dr. Kim’s team could observe the band structure of liquid metals in black phosphorus, a crystalline material, upon adding alkali metal impurities to it in a process known as “doping.”

Simply put, doping introduces foreign atoms into a crystalline solid, which, in turn, donate electrons to the crystalline material, influencing its electronic properties. For a long time, scientists believed that the doped atoms are randomly distributed in the crystalline material; however, that is not the case. “Our study shows that due to the repulsive interactions between the doped atoms, their distribution is not fully random. Instead, there is a short-range order, just as in liquid states,” explains Dr. Kim.

The team doped black phosphorus with sodium, potassium, rubidium, and cesium, and studied their properties using a technique called “angle-resolved photoemission spectroscopy” (ARPES). The doped black phosphorus took on the electronic properties of a liquid metal, allowing the team to observe its tell-tale signatures, such as “pseudogap formation” and “band structure renormalization”, for the first time.

Thanks to their chance discovery made with doped black phosphorus crystals, the team has finally confirmed theoretical predictions from five decades ago that could help us figure out high temperature superconductivity. This, in turn, could have widespread implications on future technologies like lossless power transportation and maglev trains and medical devices like MRI scanners.