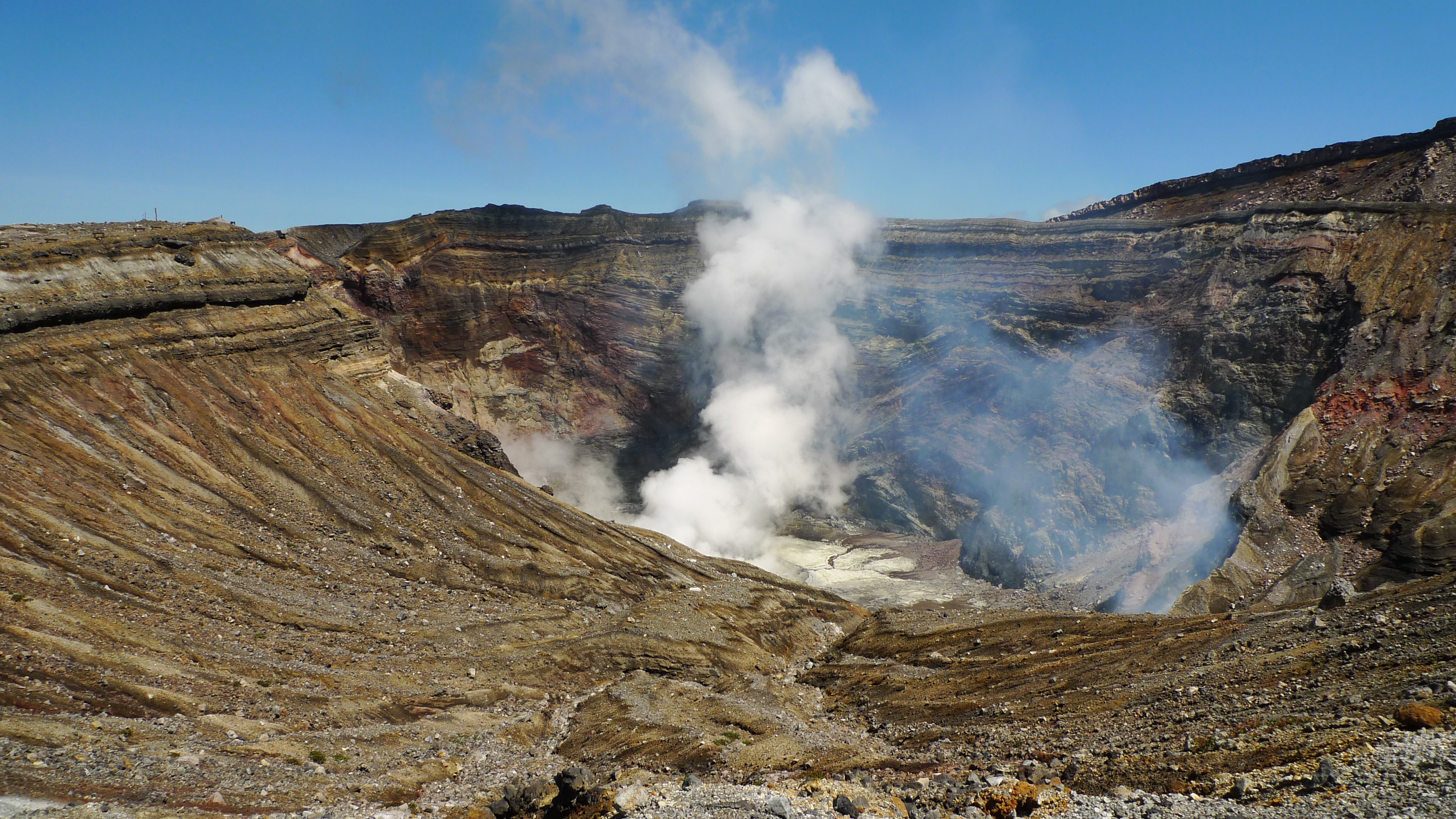 Volcanic arcs are formed when two tectonic plates converge together and are known to have a distinct variation in temperature in the mantle. Volcanic gas erupts in the Aso volcano in Kyushu, Japan.

Earth’s surface is in constant flux, resulting in the formation of many geologic features, like long chains of volcanic arcs, which originate in oceans or on continents, where two plates converge, and one oceanic plate sinks below another. The expelled water from the sinking plate undergoes a pressure and temperature increase, causing the overlying mantle to melt, forming magma, which rises at various regions forming chains of volcanoes, with a distinctive “arc” shape when seen from above. Water and temperature distribution in the mantle are deciding factors that dictate the location of the mantle melt and the resulting distribution of volcanic chains.

Professors Changyeol Lee from Yonsei University in Korea and Ikuko Wada from the University of Minnesota, USA, further analyzed this theory. “We used three-dimensional numerical models replicating volcano clusters in Northeast Japan and Izu-Bonin, to study how the back-arc spreading affects temperature and flow conditions beneath the arc,” explains Professor Lee. 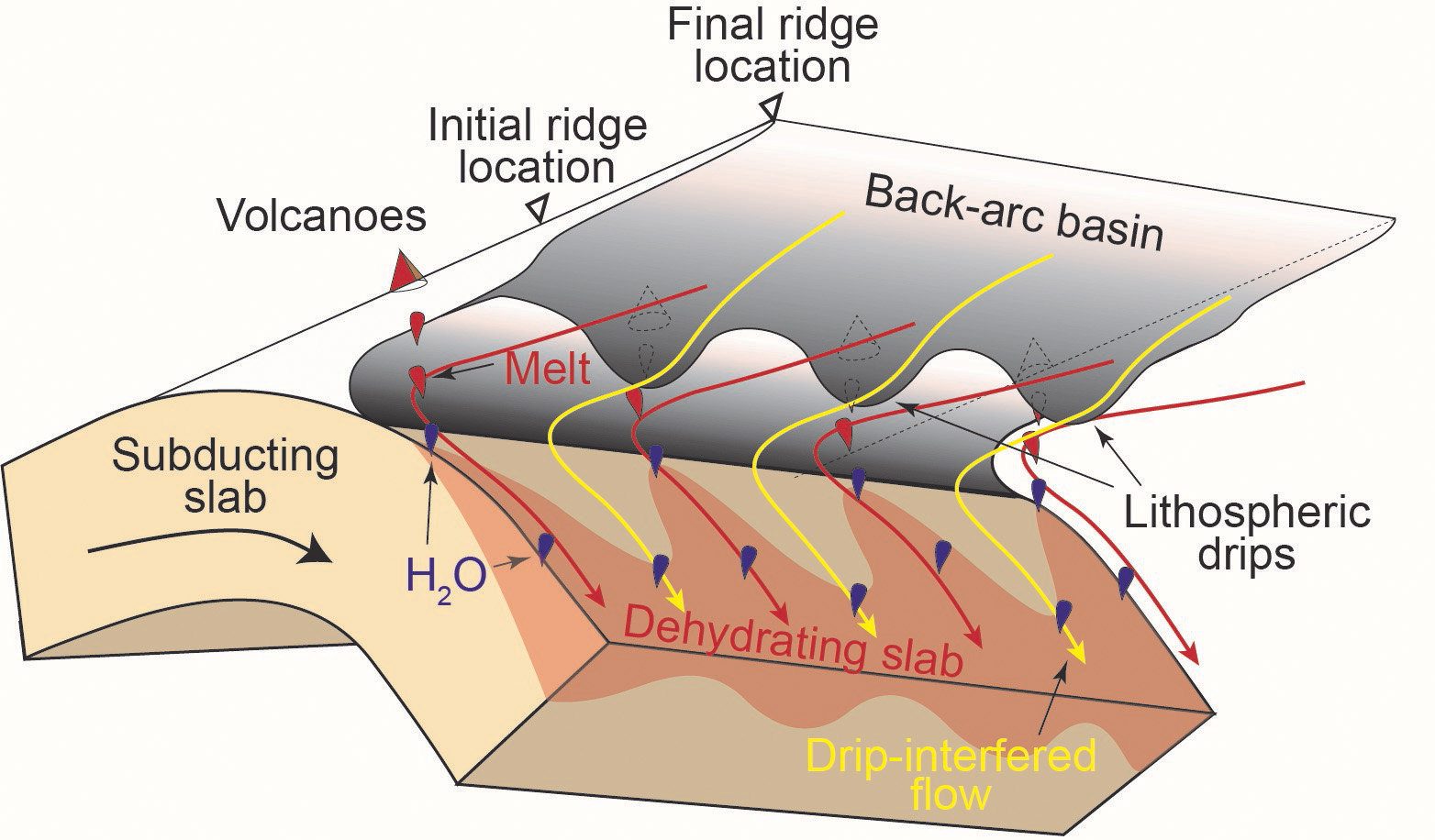 The findings contribute to our understanding of the Earth’s geologic history and arc volcanism which only occurs in the Earth among our solar system.