A healthy social circle makes for a better life

College students who can rely on a denser and more interconnected network of close friends and family tend to feel that they benefit from higher levels of social support, which in turn improves their mental health, satisfaction with life, and sense of belonging within their community. These are the findings of a team of researchers including Prof. Namkee Park in the Department of Communication at Yonsei University, who have recently published their work investigating links between people’s social networks and their health and well-being.

People rely on their intimate social circles to support them through difficult times, important decisions, and everyday life events. In the modern world, these close relationships are not only built on connections made in person but may also be forged or maintained through online social networking platforms or other forms of long-distance communication. Social ties also tend to bring social capital: they have better links to the wider world, or their social network is more strongly bonded, meaning that they are a member of a close-knit group who may share social characteristics, such as race, gender, or age, and have strong community ties. Prof. Park’s team wanted to understand more about how these and similar factors relate to the provision of social support and to people’s well-being. 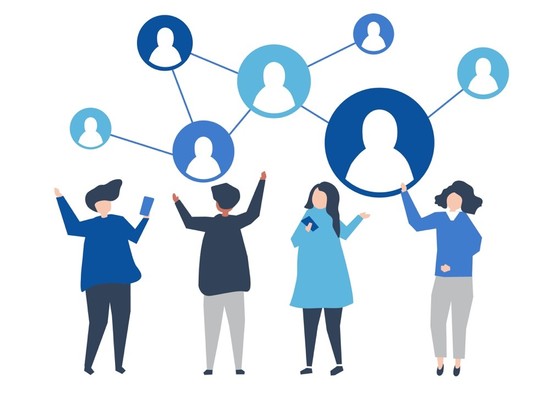 Are you friends with your friends’ friends? What are the social characteristics you all share? The structure of your social network and the ways you support each other can play an important role in your health and well-being.

In their article, published in the journal Health Communication, Prof. Park and his team explain that they were interested in comparing “the direct influences of personal network structure and social capital on well-being outcomes with their indirect influences mediated by social support.” In other words, does a strong social network improve your well-being in and of itself, or does it do so primarily because it provides you with a good level of social support?

By surveying several hundred American undergraduate students on the nature of their close relationships and various aspects of their lives, the authors found that perceived social support does in fact act as an important causal link between the structure of people’s social networks and their health and well-being. The team explains: “More densely connected relationships built through offline and close-knit bonding interactions are more prone to provide a supportive environment for individuals, which in turn relates to the perception of well-being and a sense of belonging.” However, some aspects of people’s social networks, such as the offline interconnectivity of their individual members, also directly benefit several aspects of well-being — highlighting our need for traditional, in-person relationships even in today’s era of social media.

According to Prof. Park and his team, this study “encourages a more nuanced understanding of the relative role of individuals’ interpersonal and social environments in well-being outcomes.” The cultivation of a strong and well-bonded social network not only improves social support but can also benefit some aspects of people’s well-being directly — especially if there are strong offline links. The researchers aim to continue this line of work by examining these effects in more diverse populations and by investigating how social networks influence change in people’s well-being over time.