Professor Jae Won Hahn’s team (School of Mechanical Engineering, Yonsei University) has succeeded in developing the world’s first infrared stealth technology that can defend various missiles including laser guided missile and heat-traced missile. Particularly, it is expected that it will contribute greatly to the development of domestic defense technology by realizing stealth technology using metamaterials at the infrared wavelength widely used in actual weapon systems.

There are two representative advanced guided missiles. One is ‘laser-guided missile’ which induces by the light reflected from the target by irradiating an infrared laser and another is ‘Infrared Search and Track (IRST) missile’ which intercepts by detecting the infrared rays emitted by the target. Infrared stealth technology is a key technology in these missile defense systems, and the metamaterial infrared stealth technology developed in this study has the feature to simultaneously defend two kinds of advanced guided missiles. 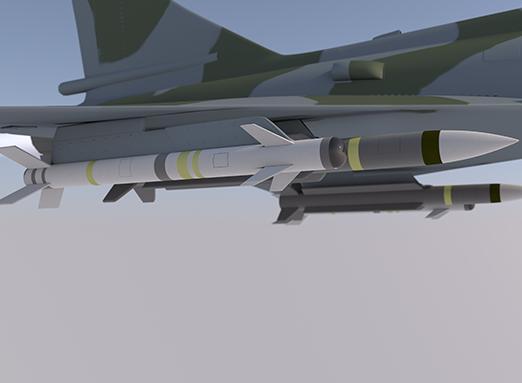 Professor Hahn’s research team presented the process of designing and simply producing plasmonic metamaterials for the practical use of technology in research paper. By periodically arranging nano-sized disks and ring structures on a flexible dielectric, they realized a metamaterial that selectively absorbs infrared light according to wavelength. The metamaterial structure proposed in the study consists of a metal thin film of about 100 nanometers, a dielectric thin film, and three layers of metal insulator metal (MIM).

Various applications are possible by fabricating on a thin dielectric substrate or block type tile surface. It can be used for defense of military base facilities as well as air navigation devices including tanks, jeeps, ground transportation vehicles, and helicopters. Once the flexible dielectric mass production technology is secured, it can be applied to the development of infrared camouflage military uniform that is not detected by the infrared detection device by applying the meta-material to the coating.

The results of this study are of great academic significance in that it presented a new infrared stealth technology platform. Further, it is expected that it will contribute to technology independence and advancement of advanced defense system of domestic defense industry as it developed the original technology that can be used as actual military technology. The results of this study, which was supported by the Defense Acquisition Program Administration and Agency for Defense Development, were published in the online edition of Scientific Reports, a worldwide international journal on July 27, and domestic and foreign patents were applied for related technology.