Creation of New Knowledge based on Big Data and Artificial Intelligence

As data in various forms flood in our lives, increasingly more people are paying attention to big data, which indicates the efforts to analyze and use these data in the era of the Fourth Industrial Revolution. Utilization of data often goes beyond the business arena, to be used in developing new materials. For example, when a new medicine is developed, the massive amount of accumulated data regarding the effectiveness and functions of each material and the reactions of the human body help to speed up the process. After coming back to Korea, Professor Min Song at Yonsei University is investing his passion in improving the time and efficiency of the development of new medicines by pharmaceuticals through text mining technique, thereby creating new markets based on big data.

Text mining refers to identifying significance in texts underlying mass data, by unraveling the interrelations and analyzing them. Professor Min Song at Yonsei University took interest in computation when he was an undergraduate student, who was studying in the Department of Library and Information Science. After completing his graduate studies in the U. S., he honed his skills in practice at Thomson Reuters, a Philadelphia-based firm, from 1999 to 2005 as a senior software engineer. Soon, he began to get recognized for his talents, and was hired as an assistant professor at the Information System Department at New Jersey Institute of Technology in 2006 to train future scholars and experts. “There was no Korean student in my class, and I felt sorry about it. That is why I instantly applied to this position when Yonsei University posted a job vacancy,” said Professor Song, recalling his days in New Jersey. 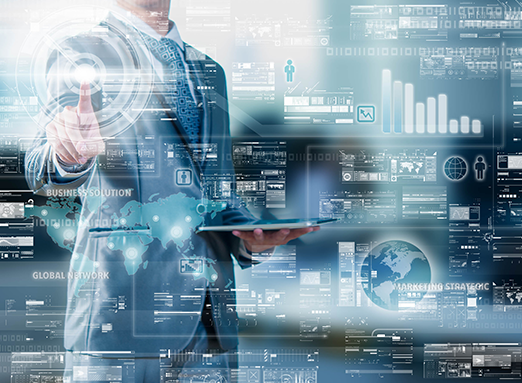 As he was already a well-known text-mining expert in the overseas, he could open a new chapter for the developers of new medicines by examining numerous datasets ranging from the components and effectiveness of medicines, and the human reactions to drugs. His experience saved the researchers’ time and costs. Now, Professor Song is exploring the ways to analyze and use the trends of data that appear not only in the medical field, but in SNS. He performed big-data analysis on the popular images of the presidential candidates in this last election, and analyzed the public preferences based on deep learning on a real-time basis. He explains, “using big data allows predicting the citizens’ response before the government announces or implements a policy. By using the mass data accumulated layer by layer, the government could offer what the people want.” This achievement is certainly a result of the passion of the professor and researchers, who have been making efforts to go beyond data and to establish a platform for communication between people.

Such constant efforts came to fruition as he published 67 SCI papers in the six years since he became a professor at Yonsei University, and wrote “Text Mining (Korean version),” a textbook in his field, in 2017. He also joined hands with Professor Chaomei Chen to write an academic book titled “Representing Scientific Knowledge,” published by Springer. In addition, he is working as an editor for Journal Informetrics and Scientometrics, which are influential academic journals in the information studies, which indicates his prestige in text mining. He is an associate editor for Frontiers in Research Metrics and Analytics.